When Coling found a body swapping remote he came up with a perfect plan. His dad was away for a few days and he was stuck at home with his little step sister and his bitch step mother Melanie. Colin hated that Melanie was bossing him around but with the remote things are going to change in their home.

Taking the remonte in his hand Colin sneaked into his dad’s bedroom where he found Melanie in nothing but her plack panties. When Colin closed the door Melanie jumped starled “Jesus Christ, Colin! Can’t you see I’m getting dressed!” Melanie shouted. A wicked smile appeared on his face as he pointed the remote at his step mom and pushed the button. In an instant Colin found himself standing exactly where Melanie was and inside her beautiful, adult body.

“This is so cool” Colin said looking at Melanie’s breasts. “I even sound like you” Colin laughed hearing Melanie’s husky voice escaping his mouth. Shocked Melanie could only watch her body moving on it’s own. “How it… How did you…” Melanie had no clue what’s going on. Colin grinned at his former body. “There are going to be some changes from now but first I need to dress up” Colin kicked her out from the room.

Melanie took a sit in the living room and waited for her body to come. When Colin appeared he was wearing her clothes and somehow he seemed to look a lot more mature that he did a few minutes ago. Coling walked over to the cabinet with a feminine grace and sat on it crossing his legs.

“There are going to be some changes here, mainly between me and you” Colin said. Melanie was silent, still in shock after what just happened. “You’ve been bossing me around for too long Melanie. Now the tables have turned. I’m going to be Melanie from now while you will take over my life. I’m sure you’re going to have fun in highschool” Colin chuckled. “You… You really want to become me?” Melanie still couldn’t belive what she was hearing. “Of course. And I’m certain I will do better as a wife and a mother. My dad, or should I say my husband deserves a better woman than you” Colin walked up to Melanie and put his hand on her shoulder. “Funny huh? Me a grown up woman while you are a teenage boy” Colin leaned over in front of her face, making sure Melanie sees his cleavage. “If only you were a little bit nicer then this could be still yours” Colin gave a firm squeez to one of his new breasts. “Now if you excuse me I would like to be alone. Since I’m going to be a woman for the rest of my life then I have a lot to learn” Colin laughed while Melanie stood still, too shocked to even speak. 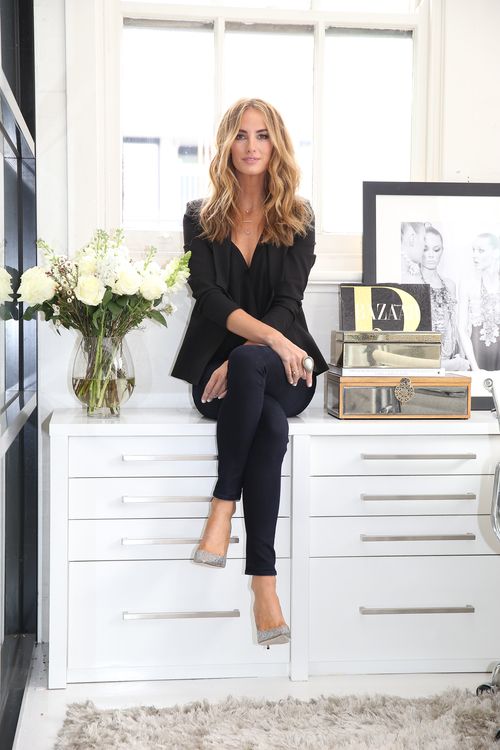