Sam and Tad had a magic spell, but only one, the borrowed magic that the man in the bathrobe gave to them for a steep price. He told them this was one time only, and they shall never come back to him, and that they would probably never find him anyway. He was a traveling magician, and moved many times over sometimes helping other times not so much. It depended on the deed and the person doing it. The man in the bathrobe remained unbiased however, knowing that karma would have it’s way no matter who used his magic.

Sam and Tad casted the spell and stated that they wanted their girlfriends to become busty bimbos, instead of the flat chested critical chicks they were, or so Sam and Tad thought they were. The spell backfired on them however! Somehow as they casted the spell, their girlfriends, who were getting ready to go out upstairs, went behind the mirror they were fixing themselves up in just a second earlier! The magic bounced back to Sam and Tad, who were secretly by the door. Suddenly Sam and Tad blacked out.

Since Sam and Tad had never been women, reality had to be changed a bit, so as not to set things out of balance, well, with the man’s borrowed magic, that’s how it worked anyway. Suddenly Sam and Tad found they were at the club that they were going to take their girlfriends to. They knew something was way wrong, as Sam leaned into Tad feeling different, and touched a huge set of knockers. Tad wrapped his hand around Sam in shock also, noticing his nails were super long on his friend’s shoulder and his hair was long, and chest was heavy.

Then a spotlight flew onto Sam and Tad, and an announcer at the club said, “Everyone at the club, welcome the city’s best strippers Sasha Skank and Tanya Tanks! Both stood there in shock looked at each other, then down at themselves and screamed in their new high pitched voices! In this new reality Sam and Tad were only known as Sasha and Tanya, and them and the man in the bathrobe were the only ones that remembered their former selves! Not only that, but their clothes were attached by a quick strip Velcro in the back, so a big hunky guy walked on by in speedos and ripped their barely attached clothing off, a quick strip for the club! This wasn’t even a strip club, but tonight was stripper night, and they were the star attractions!

The two stood their, now getting an even better view of each other’s bodies then their own, and screamed again, but everyone just thought they were excited to be there! Then they both started to feel woozy, apparently on this night in this reality they were both drunk too! As they sat for a bit after stumbling, there came the random guys, showing their cocks, waving them at the two bust chicks, seeing if they wanted a taste, as some of the spectators looked on! With their drunken stupors and new undiscovered desires for men now, they took some guys into their mouths, much to the cheer of the onlookers, who were mostly drunk also!

Later their girlfriends, Gina and Brenda walked into the club, but now with Sam and Tad’s buddies Jim and Rick. Gina and Brenda looked on at the new Sasha and Tanya, and smirked.

“You guys took us to this club on stripper night? Wow, just look at these two busty bimbos! Sucking dick in front of everybody? What’s wrong with this club? Have these girls got any shame? What a couple whores! The two new women looked on at their former girlfriends, with eyes open, and dicks still inserted into their mouths. They realized those were their girlfriends whom the spell for backfired onto them! They almost said something as drunk as they were, but the men who’s cocks were being pleasured, just pushed their big strong hands onto the busty bimbo’s pretty heads, and made sure they kept sucking!

Then for a brief moment both remembered about what the man in the bathrobe said about that being their only wish, and about karma getting them! He was right about the karma, and now they realized they were stuck like this too. Perhaps what they were doing with these cocks, being as drunk as they were, would be their new reality as busty bimbo strippers! 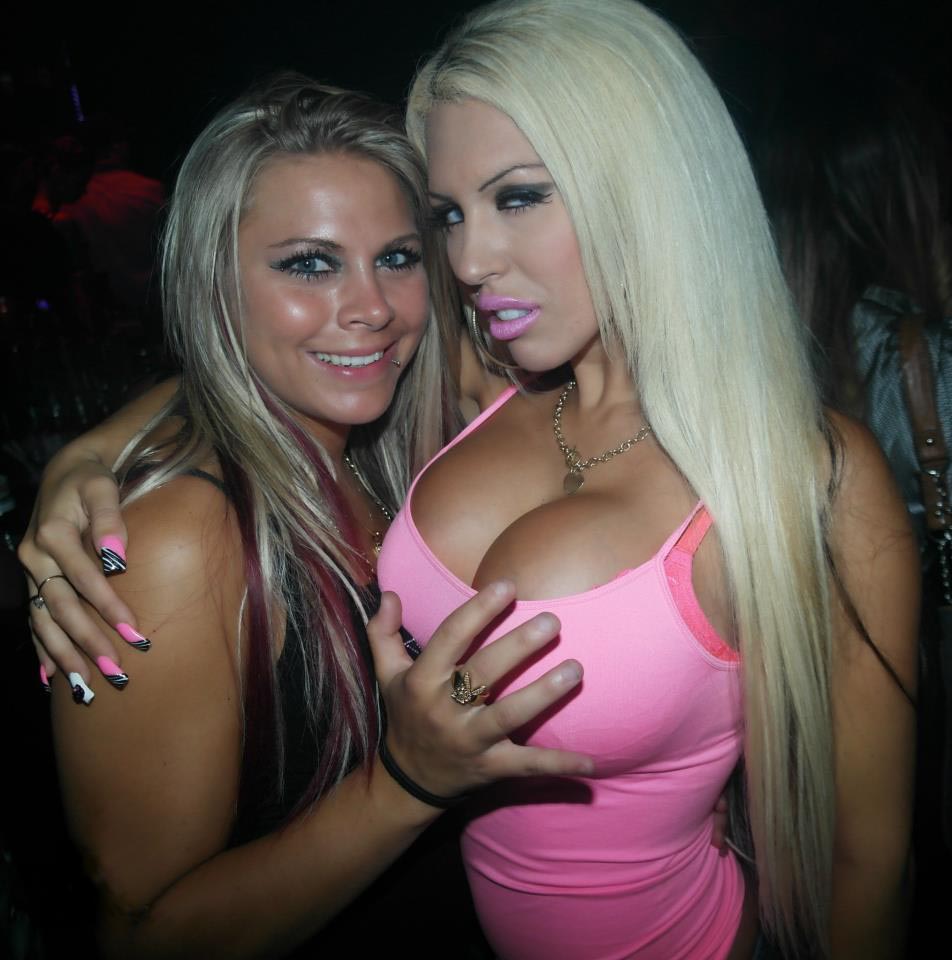