Henry was all washed up, he lost his wife, his job, and his money, all because he revealed to his therapist that he had desires to become a woman. His therapist apparently was not tight lipped as she should have been, and spread it throughout town. His wife found out, then his boss, and she took all his money in the divorce settlement. Henry was left with nothing, nothing but himself, and his strong urge to become a woman. He still had his boat, and was staying at a cheap hotel, after selling his vinyl record collection. He went out into the Pacific, and got lost at sea in a drunken stupor, not even knowing how bad the situation was. Later he washed up on a beach and was in for a life changing surprise.

Henry woke on the beach, the sun beating down on his now soft white skin, as he realized not only was he still alive, and sobering up, but felt physically different to say the least. Sitting up he noticed the long dark soft hair flow around his face, as he stared down at two tremendously large sensitive breasts. Reaching for them he noticed his hands were delicate and tiny, with long nails, and reaching below, found a flat stomach with a narrow waist, and a thong panty barely covering and going a bit up into his new vagina. He felt his hips were much wider, and his butt was larger, rounder, and plush. His legs shapely, smooth, and hair free, as was the rest of his new body. He smiled.

“Finally, even my voice, I’m a woman! But where am I, and what is this place? Am I now a woman, alone on a deserted island? How did I get changed to such a lovely creature as this, I mean look at these, look at this skin, this hair, these hips, this bottom end, all of it so amazing. It is everything I’ve ever dreamed of, and I couldn’t be happier, but I’m still about the how and the why, and the where of the situation,” said Henry to himself in his soft calming higher voice.

He felt his breasts and grinned, a true reminder of his femininity, as he realized he felt great, wonderful in fact. Such a beautiful day in such a beautiful body, then he found his answer on a sign.

“Hidden Self Nudist Colony – Come Here to Be the True You,” was what the sign said.

Henry realized he was not stranded now, unless the colony was abandoned, and perhaps there were others here like him who came to be their true selves. Henry would find these people if he could for answers and companionship, but first he stared out into the ocean in bliss. He had stared out into the ocean many times, but never while being who he truly wanted to be, and truly felt he always was, a beautiful woman. His body felt wonderful and right, and they view was wonderful and right, and all was perfect for him at that moment. 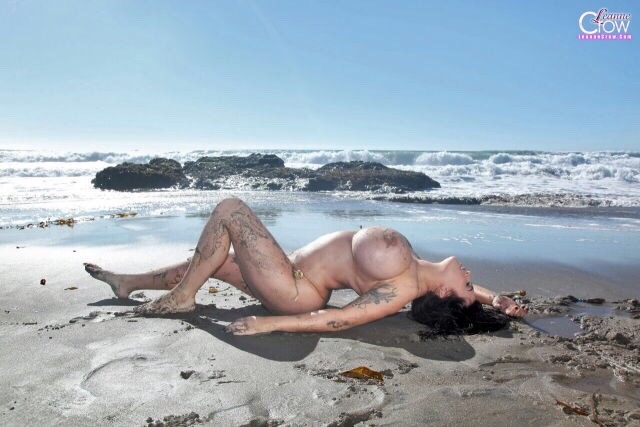