Ted was about to scold his daughters for bringing a guy home and doing nasty things with him, when his oldest daughter Rhonda on the left used her new magic powers to turn Ted, their own dad, into Tess, a mature horny busty blonde with a large ass! As Ted felt the long blonde hair frame his new face, the bra constrict his massive new hooters, and the control top shaper pantyhose now under his pants push against his new flat crotch, vagina, big bubble butt, and thunder thighs; Rhonda realized the spell worked and Ted knew something was way wrong! To make matters worse Ted now Tess realized the dude they brought home was looking hot to him now, especially that sexy hot dick! This was Rhonda’s plan, as her sister Lea covered her mouth in shock and laughter at her dad’s change. She wanted her dad to understand their desires as women, and now SHE would as Tess.

Tess said, surprised by her voice, “I can’t believe this… what have you done to me, I’m a… a… WOMAN! Why does this guy look so hunky to me now?! Oh never mind girls, let’s all take this stud for what he’s worth, when we’re done girls, he’ll have the bluest balls in town!” 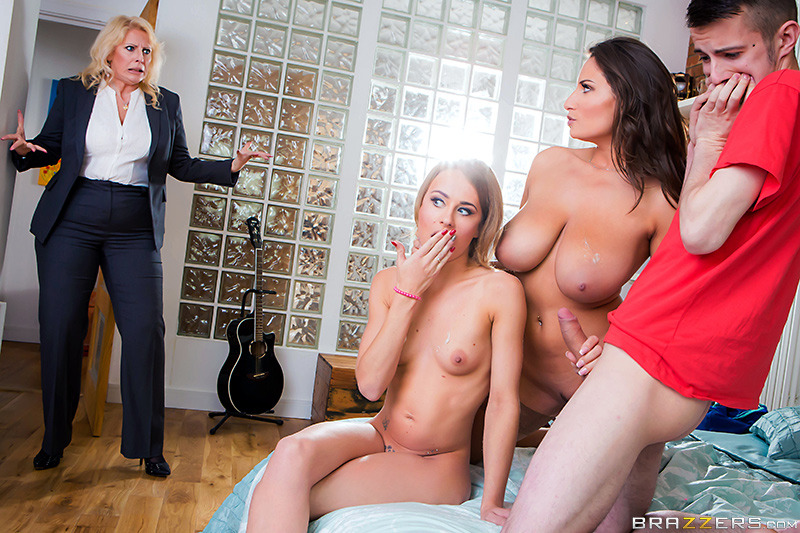