A hell of a lot of bad decision

James stood naked in the cheap motel room where he has been living ever since the great shift and looked at the digital clock that was flashing 1:46 a.m. as he slowly got ready for his next shift waiting tables in a 24-hour truck stop.

Still regretting the night he picked her up on the side of the road.

Still regretting paying her for sex.

Hating the great shift for happening and leaving him in the body of the cheap prostitute he had picked up.

Regretting every day the decision not to pay her thinking it was just idle frets.

But she did go and tell his wife everything who kicked him out of the house before starting divorce procedures and taking him for everything.

Which led to his current situation as he pulled on a pair of knickers fastened his bra and pulled on the skimpy waitress outfit he had to wear and a pair flats a little bit of makeup and straighten his hair before leaving for another night of serving fat truckers who always liked to pinch his ass when he bent over.

Still not believing that he was having to start his life all over again all because of a bad decision one night. 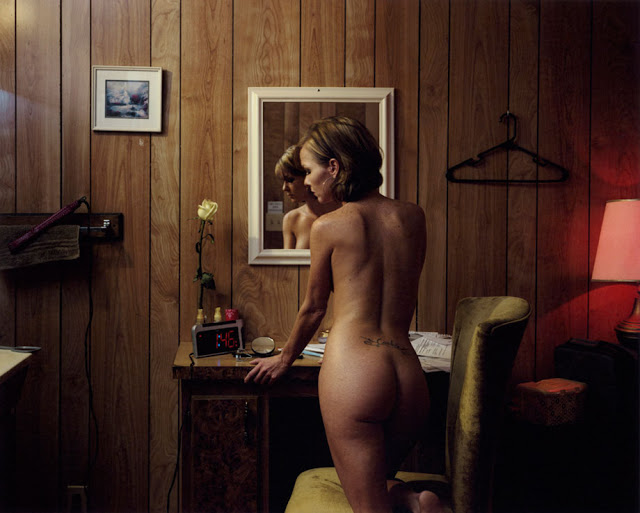