“Where’s that damn genie?” Carlos said in Jennifer’s voice, “She still owes me two more wishes! I wanted to be IN Jennifer Lawrence not BE her!” Carlos explored his new house in hopes of finding the lamp, but his search was in vain. His new chest caught his attention whenever he moved.
“God this body is so uncomfortable. I wonder if we switched bodies or if I’m possessing her and will be back in my body without her knowing of this.” He grabbed Jennifer’s phone in hopes of contacting her, but if she doesn’t know of this incident, and somehow thought she was the real Carlos, then her phone will be exposed to the outside world, something Carlos didn’t want to be responsible for.
“If Jennifer does know of this,” Carlos said, “Then she’ll contact me and we’ll sort this out.”
Weeks passed with no sign of the real Jennifer contacting Carlos, and soon she will have to promote the new ‘Hunger Games’ film, something Carlos will have to do in her place.
“I guess I should take a shower. It wouldn’t be invading her privacy since I am her now.”
He turned on the shower, with a blast of cold water blasting at his chest.
“Oh god,” he gasped, “Her body seems to be turned on by this.” Flooded with female hormones, Carlos explored every inch in his new body, with the weeks old make up washing from his face. He almost forgot he was supposed to do this with a bar of soap!
“Oh my god,” he moaned, “I guess the genie granted my wish in a way. The only complaint I have now is her hair getting in my eyes, but that can be fixed.” 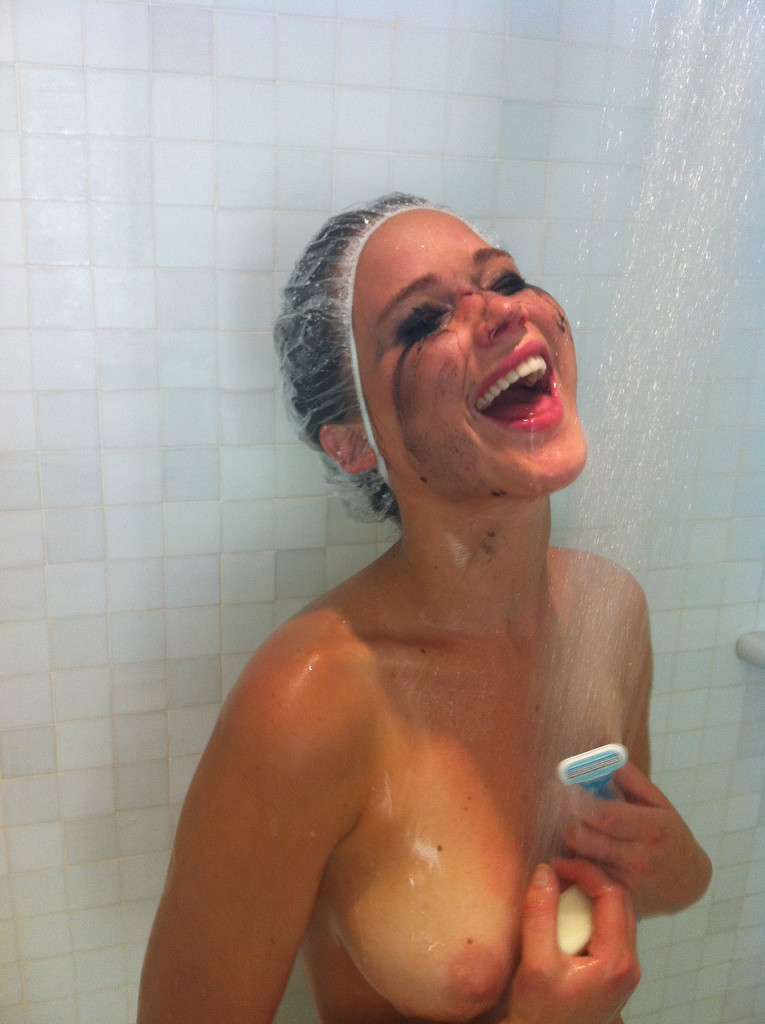