Scott’s wife almost had a fit when she came outside and saw her husband underneath his classic car naked with half the neighborhood watching him.

She told him to get inside and cover himself up?

He slid out from underneath the car with grease all over his hands and face and said none of my overalls fit me anymore they are way to big for this body and you would have a fit if I got grease all over one of your pretty dresses.

As he looked around at all the men staring over there garden hedges at him and said it looks like you’re the only one with a will a problem with me doing it in the nude.

Before he crawled back underneath his car to finish off his work still in the nude before his wife could say anything else slightly turned on knowing so many men were watching him which did not disturbing him as much as she thought it would. 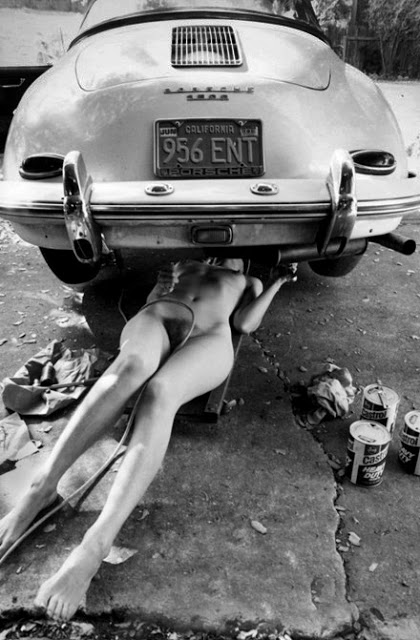