VR Woman in a Red Dress

He quickly took off the VR, and looked down and screamed. He had the body of that blonde in the tight red dress he had selected. This was a real life body too, no VR required. He put the headset back on, his fingers still wet from his own pussy juices, and tried to find out what happened and how to change back. That’s when he realized something.

The program was called, “Shifted Reality – Become What You Like.” This may mean different than what he had thought. He thought it meant, a change reality, and becoming what he would like to be WITH that blonde in the tight red dress. Instead he now realized quickly that it meant he would BECOME that blonde wearing the tight red dress. He had literally became what he liked in a woman. He was in a sense the object of his own desires now.

It turns out this downloaded program was a magic one, set out by some weird programming wizard in a bathrobe. It said all changes were final, and the program was only good for one use, as it terminated itself and deleted on the VR headset. At that second, Hank realized not only had the program ended and deleted, but his old life had ended as well, and was deleted also.

Hank got up, nearly stumbling in his new suede bright red heels, and raced for a mirror. He was an exact duplicate of the woman he had selected in the VR program. He was her now, and he was a she, perhaps for good. He touched his new boobs, and felt his long locks of blonde silky smooth hair, then reached below the already hiked up red dress, tight against his shapely body. Once again he felt that nub and lips, wet to the touch, with pussy juices, his pussy juices now. He kicked off his heels and threw them at the mirror, screaming in his new high pitched voice.

Even more shocking, after sitting back down on the couch, calming down a bit, he turned on the TV to get his mind off of what happened. When he seen the male news anchor, he was feeling attracted to him. He at that second realized that VR program changed more than just his body, and would have a lot of things to get used to now, after becoming the blonde he so desired. 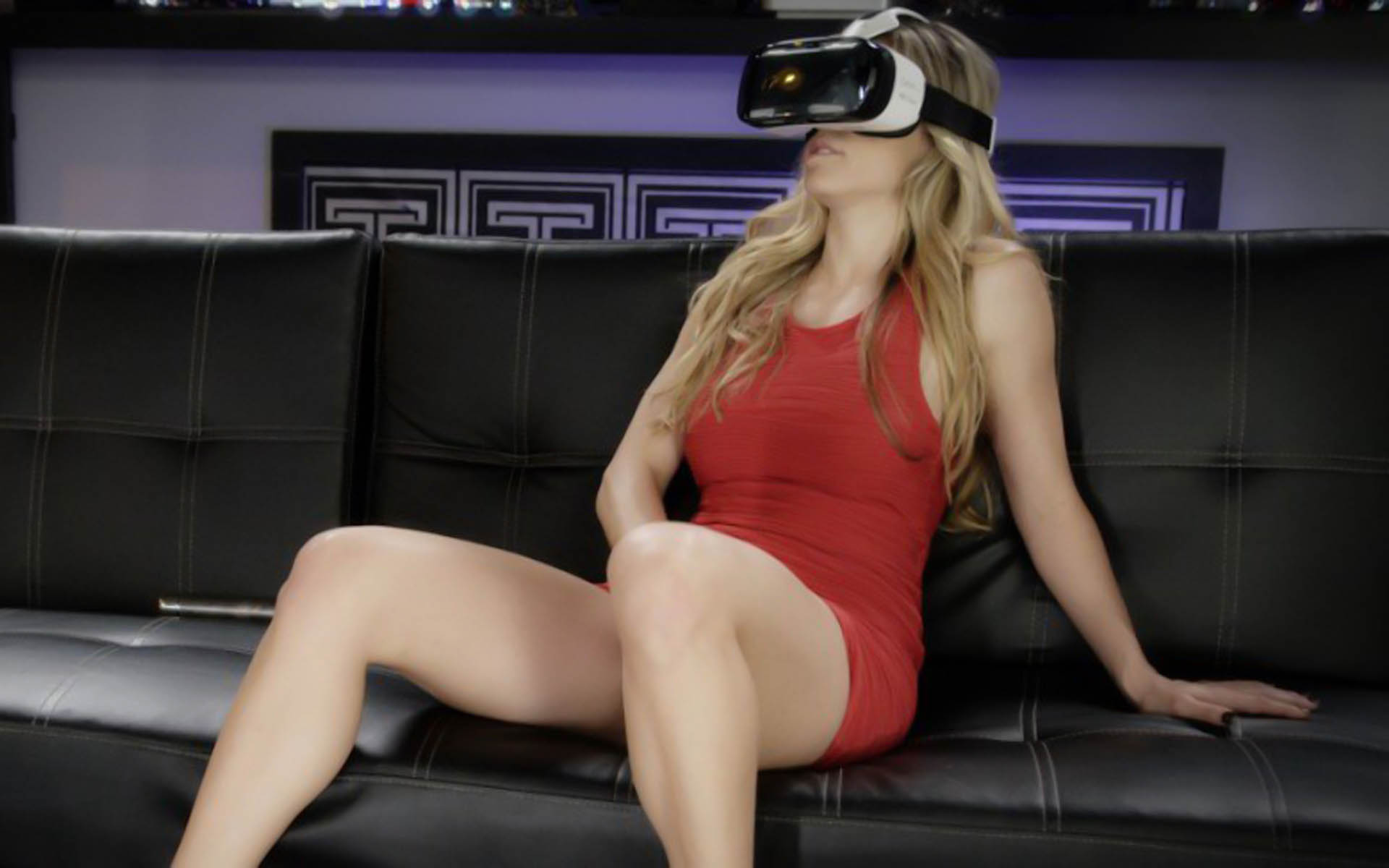