My name is Julian and it was my 21’st birthday, and my parents were paying for me to go on a trip of my choice. I’ve always found Japan interesting so that’s what I chose. Luckily I had two friends going with me to check everything out. It was going to be a great trip. The first day we landed around midnight so we quickly made our way to the hotel and clocked out for the night. On the second day, my actual birthday, we just walked around for a bit, taking in the sights. My friends really wanted to go to a strip club, but I wasn’t that up for it. After a bit of nagging they convinced me to go.

When we go there, we sat down and ordered some drinks. My friends we’re having a blast looking at all the attractive Asian strippers, but I was just kind of sitting there. I found strip clubs awkward. My friends pointed something out to me. One of the strippers has apparently been eyeing me all night. I looked at her and small her smiling at me as she was dancing on stage. I smiled back and she started to walk down to me, swaying her hips on the way.

We talked for a bit at the club and she seemed like she was actually interested in me. I asked if she wanted to come back to my place and she said yes! My friends went back early but I waited for her to finish her shift. We went back to the hotel where my friends were playing video games on the couch. My friends smiled at me when they saw her come in behind me. The looked at each other then headed to their rooms. The girl I brought home with me and stopped them. She said she wanted to talk to us for second. She was insanely hot so we didn’t care. We sat down on the couch and she stood in front of us.

“Hello boys,” she purred. “As you know, I work at that filthy strip club. But as you probably don’t know, I’m also an inventor. However, being a small girl with huge tits like this, no one took my work seriously. That’s why I invented this!” She pulled out a strange looking gun that had a scanner on the top of it.

“What the hell is that?” my friend Rick asked.

“I dunno Rick, why don’t we ask her!” I said jokingly, pointing to the girl.

“I can demonstrate for you Rick. It works like this” She pointed it at Rick and pressed the trigger. A green laser hit him in the chest.

“Haha, that tickles,” Rick said, his voice cracking when he said tickles. “Huh, why do I sound like this?” He asked with a full female voice now.

“I took his, or should I say her masculinity away.” She turned to Rick. “You should probably go by Rachel now.” Rick now Rachel sat dumbfounded on the couch, staring and groping her breasts. The girl turned to me and turned to my friend and within a few seconds he was also a girl. Lastly she turned to me.

“I’m sorry about this Julian, but I can get so much good done as a guy.” She turned the laser onto me and my body felt horrible. It was shrinking and stretching and reforming itself. After the pain was over I looked down at my chest. If I thought my friends breasts were big, these are huge! I couldn’t see the floor! “You’re outfits don’t match your new bodies at all, Julie. Luckily I have a function for that.” She hits us all with a pink laser and our clothes reform. Rachel gets a tight black dress, my other friend Chris, or Christine now is wearing a strapless top with tight jeans, and I was now sporting a tight blue tank top with a push up bra. I was also wearing a plaid skirt. The girl turned the laser on herself and after a few moments she was a man.

“I’m sorry girls, but I need at least three guys worth of masculinity to give it to someone else. I don’t think you will have a problem getting jobs though. You girls sure are some busty beauties.” He walked up and groped my breasts, then planting a kiss on me. Enjoy your life girls! I’ll come back alter for some fun!” And with that she, now he was gone. We we’re officially busty young women. 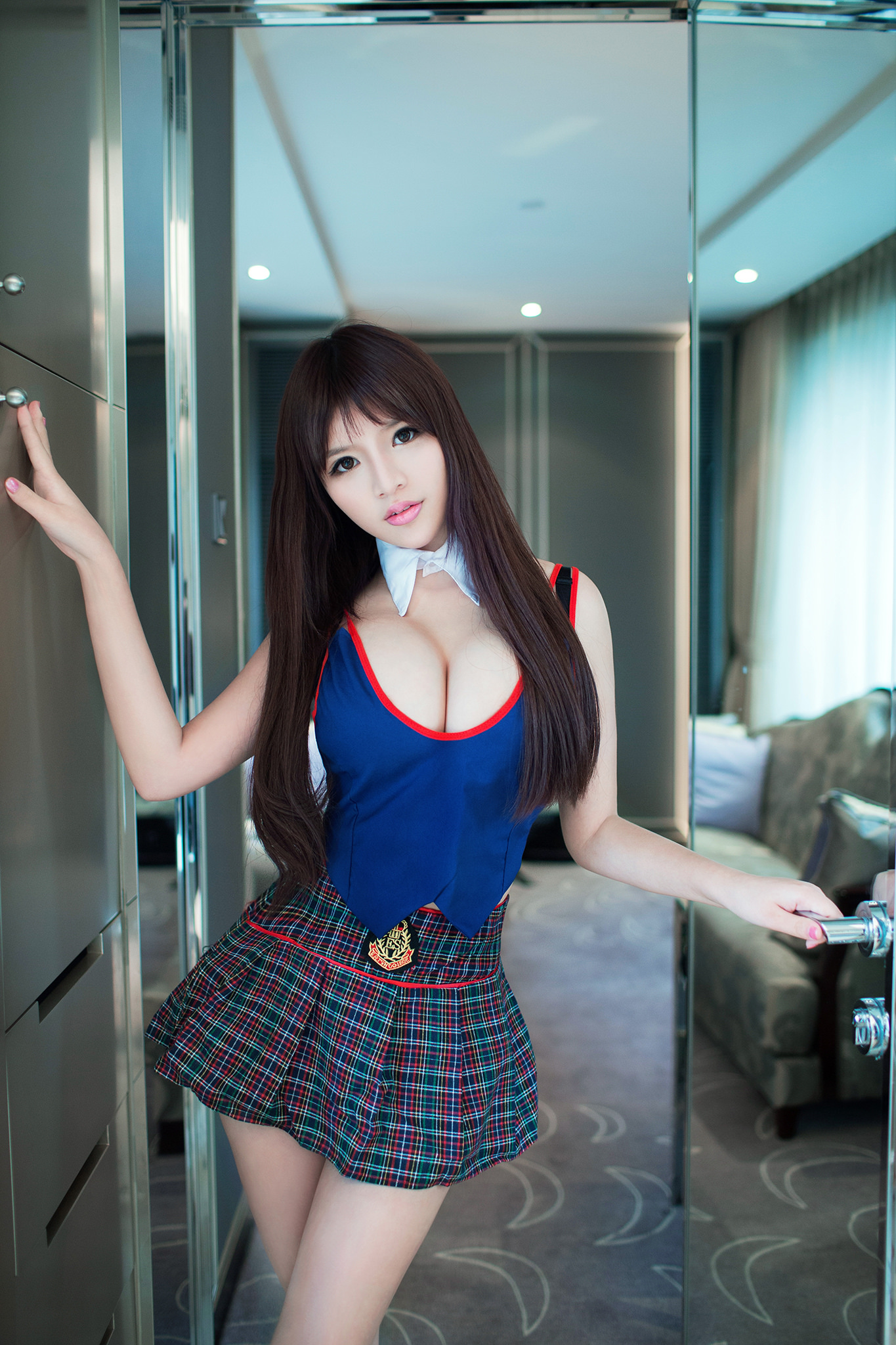