24 hours ago, Dan had been a musclebound hulk of a man. It was one of the reasons he’d got his job, as security for one of the biggest Mafia bosses in town. Mostly, it had been a good life. He had all the money and drugs he could want, and the job had it’s benefits when it came to picking up women as well. Everyone feared the mob in this town. However it had not been without it’s risks. Failure was never acceptable, and men spoke in hushed whispers of how whoever failed the Boss disappeared without a trace, and there always seemed to be a new girl in the Boss’s Harem. Dan had never thought much of it, as he was never superstitious. Besides, the girls who appeared could never have been men, and they rarely even spoke English.

At least, that was until it was Dan’s turn. He’d screwed up a serious deal with the Russians, and it meant his head was on the chopping block. When, instead of being executed, he’d been transported to a shitty downtown apartment and been made to swallow a few pills, he thought he’d gotten off easy. That was until the changes started. With excruciating pain, he had felt his body reform, his once proud manhood inverting into soft feminine folds. He had shrunk, in every way, his muscles deflating to almost nothing. Finally, when the pain was over, one of the guards entered the room.

“Looks like Big Dan isn’t so big anymore, huh?” He had smirked, unbuttoning his fly. “This is going to be fun.”

In a single movement Daniella (Wait, no, Dan! Shit.) threw himself at the guard,smashing him against the fridge. He shouted, and the other guard entered. Grabbing the first guards gun, he shot the intruder twice in the chest, before knocking the first guard unconscious. They may have broken him, changed his body, and locked him up, but they couldn’t take his mind damn it. Looking over the incapacitated guards, he broke into a smile. All he had to do now was escape, and lie low. He’d done it before, and he could do it again, so long as he had a gun, some cash, and some nice juicy cock.

“Mierda.” She muttered. With a growing pain in her chest, she realised her changes might not be over. 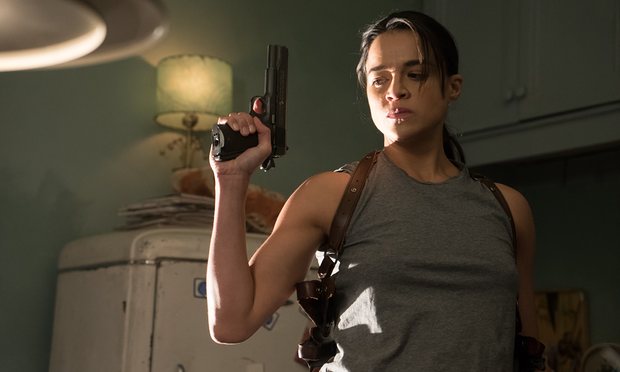