Too early in the day for this shit.

Jack had swapped bodies with Sandra the cute girl who lived two floors down from his apartment in the great shift as she was just getting her monthly visit from mother nature.

Jack could not believe that in the blink of an eye he had gone from man to woman and was now going through one of the most intense things he had ever gone through in his life.

He just sat on the couch in Sandra’s apartment not enjoying the stomach cramps or the mood swings as one minute he was happy and the next he was breaking down into tears but at least it told him that his new body was not pregnant.

He was surprised to see his own body open Sandra’s front door and walking in with a key she kept in a plant pot outside.

She sat down next to her own body and smiled knowing what Jack was feeling as she tried to do her best to comfort him and hide the fact that she was happy that she was not going through it as they both tried to work out what had happened to them.

But just switching on the TV told them that it was not just them as 80 percent of the world’s population had swapped bodies.

Which for the time being left them both looking after each other as they waited for more updates from the CDC and the government.

Which left Sandra trying to teach a frustrated Jack about what he was going through and what he needed to do.

Which put a look of disgust on his face when she told him that he would need to change his tampon every couple of hours as he did not want to go near that thing that was now between his legs but he had little choice in the matter. 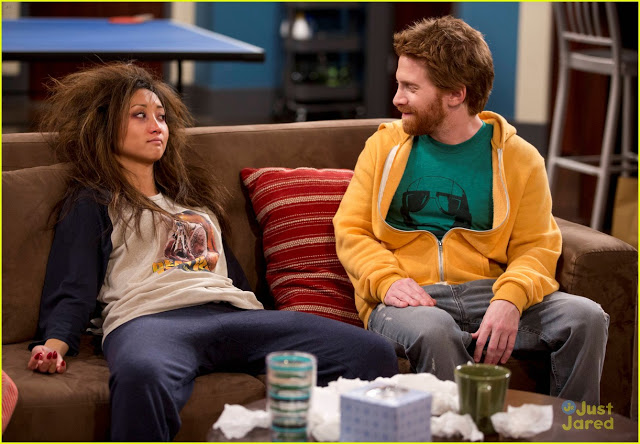