“Smile for the camera, ” said John’s sister Sarah with excitement.

“Come on! How often do you get the chance to be a girl? Don’t you want something to help you remember the experience? Besides, it’s not like anyone will recognize you,” said Sarah.

“Okay, ” said John with a smile as he leaned over his sister’s shoulder. He and his sister stuck out their tongues playfully as Sarah snapped a picture of them in their clean soccer uniforms before the game.

John thought his sister Sarah was crazy when she first asked him to replace the star forward of their soccer team, who had been sidelined with a broken leg. Even though John was a pretty good soccer player, there was no way anyone would ever believe he was a girl. But with a little help from the Medallion of Zulo, John was able to change into a younger female version of his body and joined his sister’s team.

John was a little nervous at first, but after the first half of the game he had shaken off the awkwardness of his new body and was playing like a pro. Thanks to his help, they easily defeated their rivals. John was loathe to admit it, but he had fun. It was nice to be part of a team again, and the girls treated him like one of the family at the after-game party. He was going to miss it a little, but he was ready to change back to his old body.

“But you can’t!” cried Sarah. “We still need you. We just made the playoffs and the next team we face is even tougher.”

“But what about Mom and Dad?” asked John.

“Oh, they won’t notice. They won’t be back for a week. That’s why they asked you to come home and watch over me while they were gone,” said Sarah. “Please! Pretty please, with sugar on top. Will you do it for me, for your dear little sister?”

Sarah looked at John with sad puppy dog eyes. How could he resist?

“Okay, one week. Then I change right back,” said John emphatically.

John spent a strange week with his sister. She showed him how to be a girl, happily shopping with him. She took great pleasure in dressing him up and repeatedly giving him makeovers. Sometimes he felt more like a doll than her sibling. But Sarah’s heart was in the right place so he tolerated it. Well, the truth was he kind of liked it. But he would never admit that to Sarah.

The playoff game was brutal, and they barely squeaked by with a win. John was manhandled by some of the bigger girls, and was even knocked down at one point. His teammates rushed to defend him, threatening his attacker. John couldn’t help but feel a little touched at his teammate’s support. He realized he really would miss their companionship. But after the game he was ready to get out of his aching female body and back into his old male body.

“Man, that girl got me good. I think she cut me,” said John, looking at the blood on his shorts.

“Uh oh, ” said Sarah as she examined him closely. “I don’t think she injured you. I think you are having your period. The medallion won’t let you change back when you are menstruating. Looks like you will be stuck like that for a little longer.”

Because of the delay John and Sarah had to explain the situation to their parents. It took a little bit of convincing, but they finally believed them. His mother seemed to take it surprisingly well.

“Well, the first thing we need to do is get you some proper clothes. I won’t have my daughter going around dressed like that,” said his mother.

“But Mom! It’s just for a few more days. Then I am changing back into a guy, ” said John.

“Oh no, ” said his mother. “I talked it over with your sister. The Regional playoffs are next week. You need to stay on the team and help your sister. After all, you made a commitment and it wouldn’t be fair to the other girls.”

John tried to protest, but his mother would hear none of it. She took the medallion and locked it away, safely hidden from John. After the victory at Regionals, the State final was next. Then after several more weeks, the Nationals. John repeatedly begged to change back, but his mother steadfastly denied his requests. She seemed to take almost as much pleasure as Sarah in dressing him up and parading her new daughter around in front of her friends.

It came as no surprise to him that his mother could not find the medallion after the soccer season was over. His mother swore that she had kept it safe, insisting that someone must have stolen it. But after the multiple athletic scholarship offers he and Sarah received, he didn’t really believe her. It was obvious she thought his life was better this way, even telling him that on multiple occasions later.

And sometimes John thought she might be right. He had several new friends and an opportunity to attend a good university at no cost. Some of the scouts thought he might even be able to compete in the professional women’s soccer league.

John smiled and nodded his head, looking forward to seeing his teammates again. 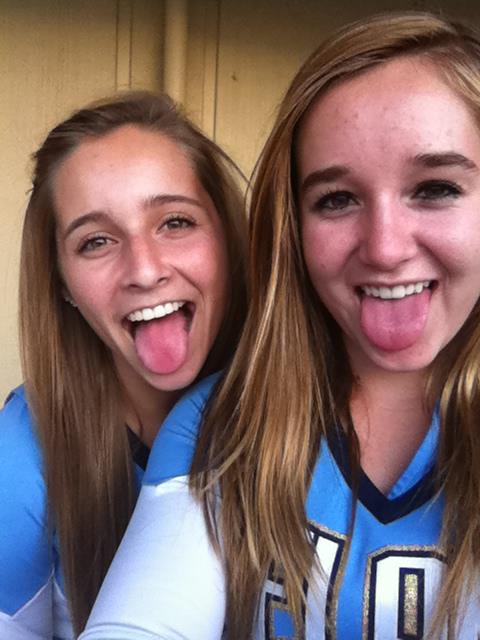