James was a lonely 30 years old guy, who live alone. He wasn’t the very best at picking girls at the bar, thats the reason he has been alone all these years.
One day while cleaning his attic, he found an old wooden box covered in dust in the corner of the room. He have no memory ever having that wooden box. I was probably owned by the previous owner of the house he now live in.
James carefully took the box out of the attic, before using a crowbar to pry it open. Once opened he saw there was something covered in a white cloth. When he uncover the cloth, he saw a beautiful glowing blue orb.
James thought it must be some priceless artifact from some ancient time, and decide to take it to his local pawn shop to sell it. Maybe he could get some great money from it. He tried to examine the orb closer, as he grabbed the orb with his bare hand. As soon as the tip of his finger touched the orb, he felt a force entering him and pushing him to the ground. James felt weird with his body. But he thought may there was some kind of electrical power inside the orb that he didn’t understand. So he covered the orb back with the cloth and keep it in a safe place so he can sell it to the pawn shop on the next day.
James felt unwell after touching the orb. Somehow he felt really tired, and very drowsy. So he went to bed early that day.

James woke up in the morning, he felt amazing. It was probably the best sleep he ever had. He stand up and feeling his body very light. James headed to his bathroom to wash himself up, only to be surprised by his new reflection on the mirror. Somehow he was in a girl’s body, beautiful face, with blue hair coming down from his head. He also wearing a pink bra and a blue panties.
“What the fuck..” James said out loud, and he was shocked by how his voice has changed.
“Who am I? Why am I in this body?” He said in his new sexy voice.
James later find out that not only his body was changed but also the reality. Somehow he now live as the other gender of himself, and his new name is Jamie.

Jamie maybe becoming a lonely girl now, but she sure won’t have any problem picking up guys from the bar tonight.. 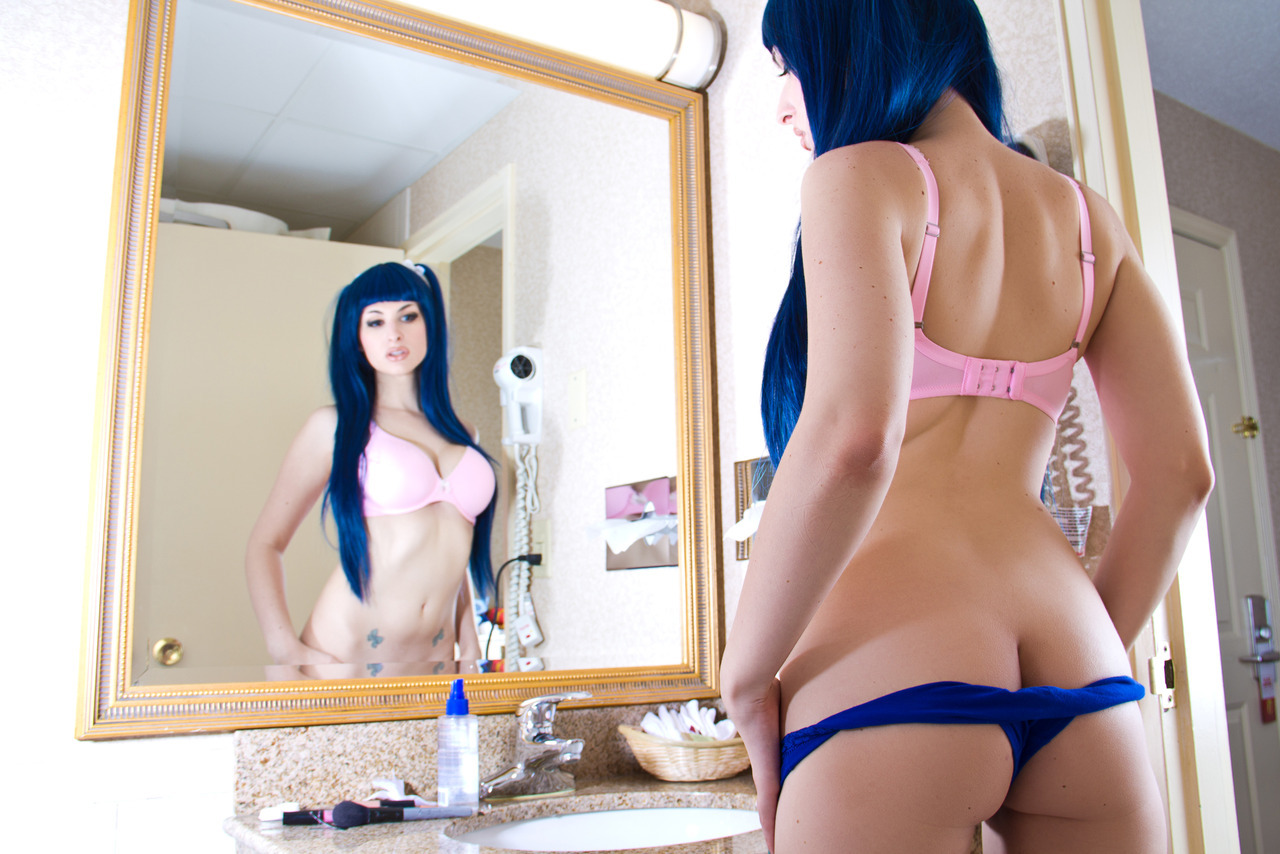