Jennifer Lawrence had it all. Fame, fortune, beauty, and a well regarded reputation as a Hollywood actress. However, there’s one secret about her only one other person knows. She’s not the real Jennifer Lawrence.
Three years ago, Carlos was a sophomore in high school unsatisfied with how his life was. No one respected him, and was often ignored by his classmates. He wished for a life in which people would admire him and respect him for what he was.
One day, he found a rusty silver lamp abandoned on the side of the street on his way home from school. He took it with him, thinking it was antique, and tried cleaning it in his room when blue smoke poured from the lamp, forming a beautiful woman in blue cleavage.
“I am the genie of the lamp,” she said, “For freeing me from my prison, I will grant you three wishes, but choose your words wisely.”
Carlos found himself lost with words at the sight of the genie, “This has to be a dream.”
“I can assure you my master that you are not dreaming.” she said.
Carlos couldn’t think of a wish at first, but when he laid his eyes on Jennifer Lawrence on a ‘Hunger Games’ poster, his mouth smirked with excitement.
“My first wish is to be ‘up close and personal’ with Jennifer Lawrence!” The genie waved her hand and blue smoke surrounded her master. When the smoke cleared, Carlos found himself leaning against a tree wearing a nightgown, with long wavy blonde hair in his vision, and a pair of breasts on his chest.
“What the fuck?!” he yelled with Jennifer’s voice, “This is NOT what I had in mind! Where’s that damn genie?” 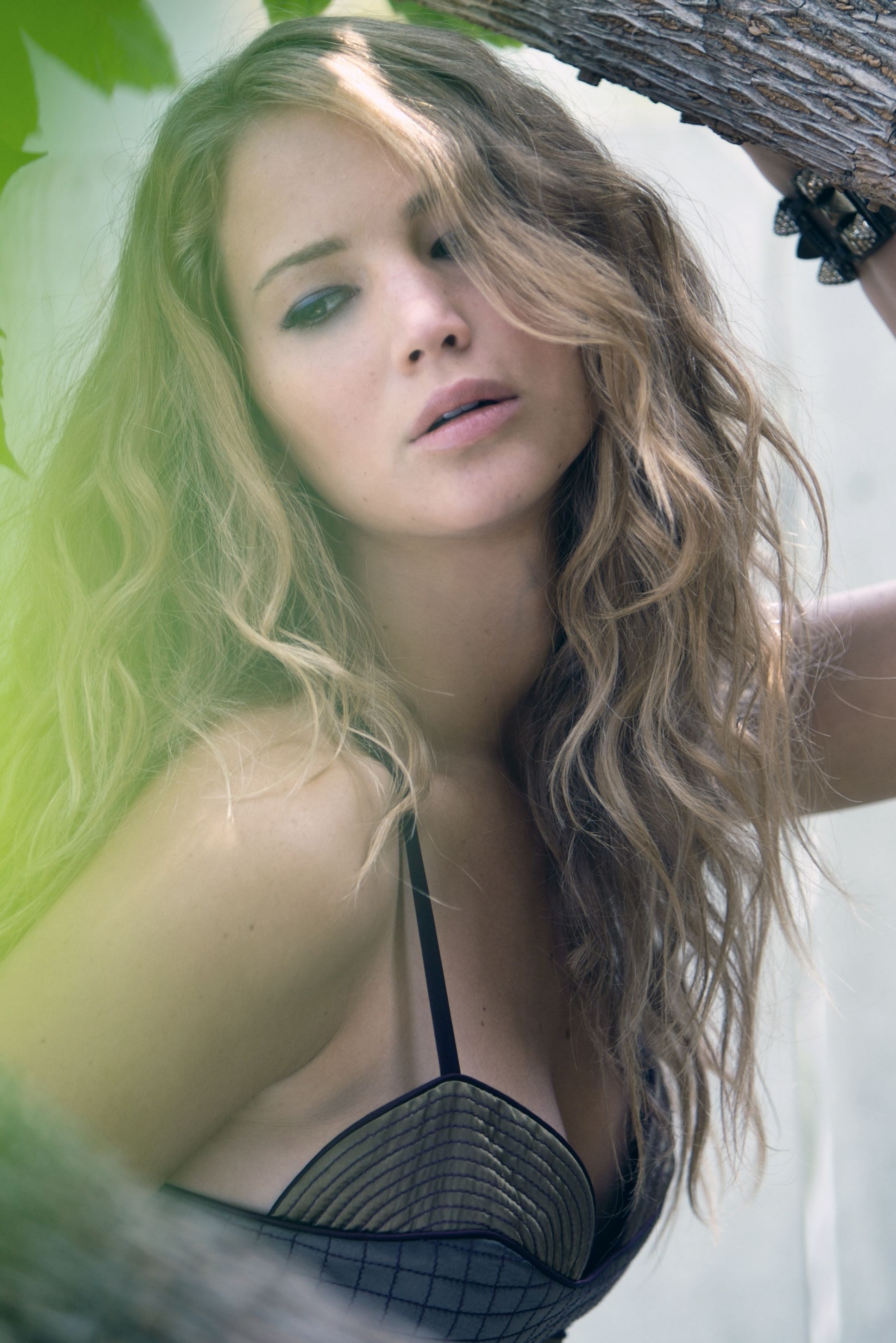