Jerald was at a taste test, and said all the pies tasted bad. He was being a butthole. One of the ladies that baked took action against him.

“So they all taste bad? If you don’t like tasting these then taste this,” she said waving her arms with eyes glowing.

Suddenly Jerald felt strong arms around his back, he was almost naked, with something soft, silky and firm over his ass, legs, and feet. He was tasting a penis and pre-cum, with his dainty new left hand and red nails at the base of it near some balls! He felt pleasure in a new place in his crotch, as a tongue licked his new areas! He felt two weights dangle on his chest as well, rubbing the guy’s stomach! Blonde hairs got into his vision as he felt it cascade around his face and left shoulder. 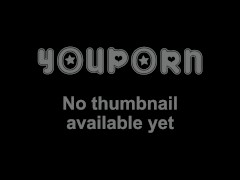