“Just given in. It’s okay, you’ll damage your mind more if you fight it. Then there really is no way back.” Read more

“Just leave me alone okay!” Jake shouted at Mike. “Jesus. I can’t focus right now, you turned me in to some chick. You’re a son of a bitch.” Read more 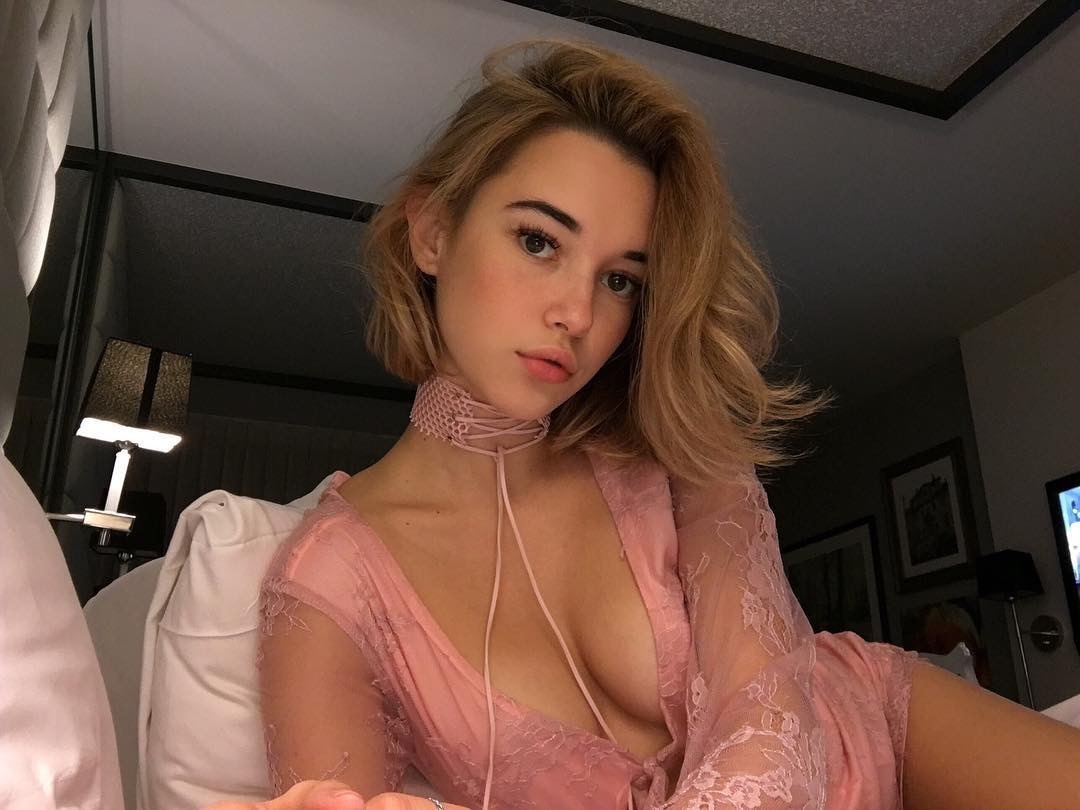 “Follow my orders or I’ll leak the photos.”
Andrew sat in horror as he read the email. A hacker had accessed his laptop camera and emailed him hundreds of photos of him masturbating, having sex with his girlfriend, and even cheating on his girlfriend. In one email was enough ammunition to ruin his entire life. He pulled out his phone and texted the number in the email, as instructed.
“Okay, what do you want?”
“There is a package outside your door.”
Andrew walked to the front door and, sure enough, a package waited for him. Inside was a thermos and a note, “Drink this and text me when you’re done.”
“Okay I drank it, what’s next?”
“Nothing, I’ll contact you again tomorrow.”
For months the commands were more or less the same. After a few weeks the thermoses began to come more often and, before he knew it, Andrew was drinking them for breakfast, lunch, and dinner. The affects of the liquid was subtle at first. He struggled to get an erection, eventually prompting his girlfriend and mistress to leave him, and his muscle definition faded. However the changes quickly became much more drastic. Breasts began to form, his hips widened, his fast softened, his body hair faded, and his dick shrank to an unrecognizable state. He wanted to stop, he wanted to lie and just tell his captor that he was drinking them, but he found himself addicted. Without the drinks he felt headaches, withdraws. So instead he wore hoodies and baggier clothes. Today, however, the package was different. Inside was not only the typical thermos but also a makeup pallet.
“Don’t wear it in public, just practice,” the texts said. So he did. More months passed and Andrew had become an expert at applying makeup. Full breasts had developed by now, forcing him to wear a sports bra alongside his hoodie. His ass was huge and his figure was undeniably feminine. His hair had grown fairly long and his lips were much puffier than before. Unless someone where to take his pants off, he appeared to be a female through and through.
On the two year anniversary of the email, a special package appeared. Inside was pink lingerie.
“Put this on, put on some make-up, and Skype me.”
Andrew did as he was told. He spent extra time getting ready, making sure his boobs looked nice and his makeup was good. He posed across the mattress making sure to show off his new figure. He was almost excited to meet the man who took his life from him. Almost a Stockholm syndrome affect.
The screen came to life and Andrew was almost overwhelmed with emotion.
“Hi daddy,” he purred in a voice he had been rehearsing. It dripped of sex.
“Hello,” the man said, difficult to see on the screen.
Andrew slipped back the top on one of his breasts, letting a nipple reveal itself. “I’m so horny daddy.”
“Don’t worry Andi, I’ll be over soon.”
What Andrew had worked so hard to prevent had happened. He was ruined, gone from this Earth. Luckily, Andi’s life was just begining. 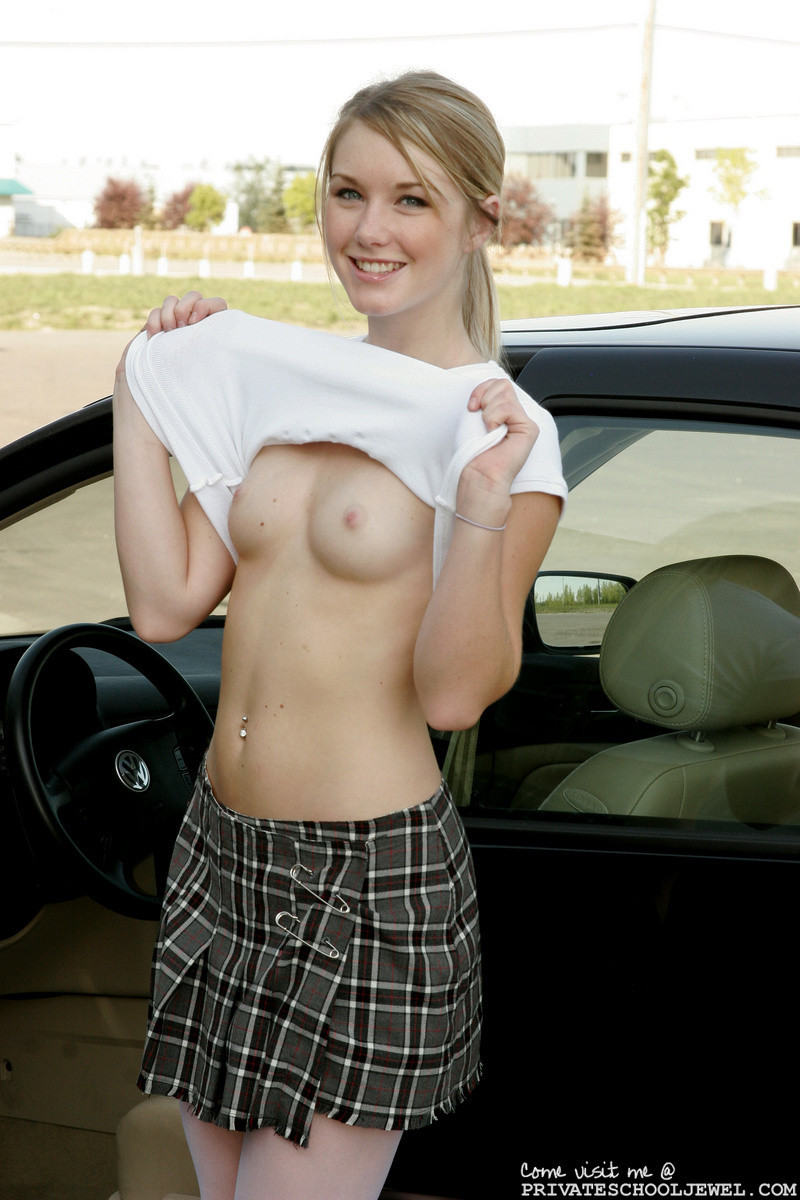 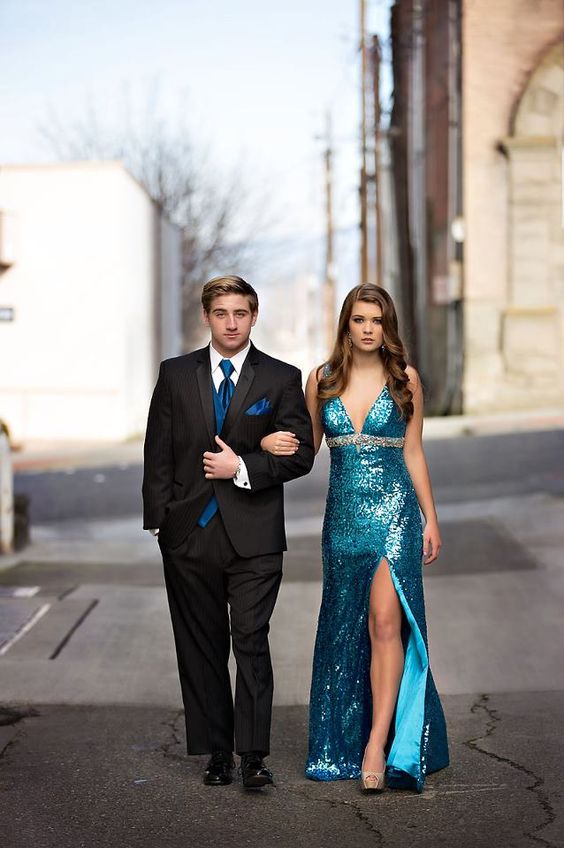 As Marie got used to her new teenage self, she realized that her son would be home soon. And the thought of this drove her small body insane. Her tits flared, she swore she could feel a pulse in her tight, virgin pussy, and she started touching herself. And just as her son pulled into the driveway, she scurried to find clothes, but realized they’d be useless if her main intention was to get them off as soon as possible. Marie’s son enters the house, Read more

I was a good detective. I may have been young, but I had quickly earned the respect of my sergeant along with everyone else in my precinct. Over time I got a reputation for my stubbornness. You see, I always got my man, even if I had to bend the rules (or in some cases break the rules entirely) to get them, and it worked great. That is until the commissioner started cracking down on corruption in the police force and decided to make an example out of me. My motives didn’t matter to him. In fact I think that’s why he targeted me. He wanted to show that breaking the rules, even for the right reasons, was no longer going to be tolerated. Despite my sergeant’s
I was investigated, but I was never indicted. Instead I was forced to enter the special services program. The new “positive reinforcement” angle the police force was trying to employ. Before I knew it, I was whisked away. Undergoing hormone therapy and receiving multiple surgeries, all the while taking class after class training me for my new role. There were even mental conditioning sessions to help “ease” us into our new role.
This was a huge slap to the face, but my stubbornness refused to let me admit defeat. I promised myself that I would take the punishment and prove myself by one day making detective. I knew that it would be hard. No one had ever successfully transferred out of the SSP, but I just decided that meant I would be the first. I would make detective again no matter what embarrassment I’d have to endure. And endure I did.
For three years provided just about every service the SSP offered. I went on service patrols and made house calls. I even worked for a while at one of the SSP gentlemen’s clubs. Over the time, I started to notice more and more mental changes in me. I started to dress slutty more naturally, and I began to notice the way I carried myself become much more sultry. I knew if I were ever going to get out of the SSP and become a detective again, I’d have to act fast.
I set up a meeting with my old sergeant to plead my case. It wasn’t until I was at the station that I noticed the outfit I decided to wear, but it was too late, it was now or never. I forced myself to exude my tough guy demeanor (though to what effect I really wasn’t sure), and walked straight into the sergeant’s office. I started making my case, but it was clear he wasn’t listening. I slammed my hands on the desk and leaned forward to get in his face but realized that just gave him a better view to what he was already staring at. Before I could even start again, he poked my boob with his pencil and gave me a silly grin before asking me if I could provide my services to the precinct as they had been working so hard lately. I was taken aback at first, but I quickly came to terms with the situation. I knew then that he had never taken my request to become a detective again seriously, and I honestly did blame him. I wasn’t that man any more. Hell I wasn’t a man at all. I smiled and agreed. This was who I was, maybe even who I was always meant to be, and I had a duty to fulfill. A duty that I will perform to best the best of my abilities.

My girlfriend Erin was naturally submissive. She would get turned on when I took charge in the bedroom and even like it when I’d manhandle her a bit. We never did anything that I would call hardcore, but I was definitely the dominate one in bed. And that worked for us. Until one day she started being more assertive and aggressive in our sexual activities, which I was fine, but she was so awkward when doing it. Looking back I’m sure her bitchy friends put her up to it. They despised me and no doubt hated that she would dare let herself be dominated by a man. Erin even started to try to hypnotize me. It didn’t work, but I played along. I wanted to she what she would do. When I fell into a trance for the first time (well, pretended to), she was astounded that it actually worked. She started with some silly things like hopping on one foot, but then quickly went into giving me commands to alter my overall behavior. During the first session, she commanded me to secretly start wearing her panties. She told me it was now my fetish, but I didn’t want her to know. I had never even considered cross-dressing before, but I had to admit I was a little turned on. Over the next few days, I went along with her commands. I’d put on her panties while she was in the bathroom, but do things like leave her underwear drawer slightly ajar to let her know i’d taken them. I’d catch her with a sly grin on her face when I’d bend over to get something, giving her a peak at the panties I had chosen. I even went so far as to shave my nether regions, and I have to say wearing her panties felt amazing. As the sessions went on, Erin would add more and more things to alter my behavior. One session, she presented me with a bottle of hormone pills. I was about to draw the line there, but I was so turned on and so curious I didn’t want to stop. I was already wearing bra and panty sets as well as wearing female cut jeans most of the time. Thanks to my already slender frame, I could fit into most of Erin’s stuff. The hormone pills kept coming and coming, and I kept taking them and taking them. I’m not sure where she was getting them from, but I always made sure to take them in secret as per the conditioning she set. I fell into a routine of taking the pills and wearing my girlfriend’s clothes. It was all so erotic, so exciting I didn’t want to stop.
However, as time went by I started to notice a change in Erin. She wasn’t happy. In acting in accordance with her hypnotic conditioning, I was demure and submissive. When I looked into the mirror, I no longer saw a man, but a pretty girl. I got up and put on some make up, picked out a matching bra and panty set along with some of my girlfriend’s jeans, shoes, and sweater. I went out to meet her in the kitchen. She could barely look me in the eyes anymore. I could tell she was starting to regret what she’d done, but it wasn’t her fault. I had been in control of my own actions all along.
I walked up to her by the sink and forced her to turn around, bending her over so she was pressed up against the wall. With the amount of hormones I had been taking, it was difficult to get an erection, but asserting my dominance over her did just enough for me to get inside her. She gasped then let out a slow sigh. The look of relief on her face told me everything. She knew I was still me. I just calmly stayed in her, grinding slowly. Our future was uncertain. I’d grown to like the person I’ve become. Where we go from here was a decision we’d have to make together, but one thing was for sure. I was still the dominant one.

Mmmm now this feels so nice, so lovely. Hard to believe that I used to be a man! Read more