Shawn clutched at his new chest and yelped as his thumbs rubbed against his sensitive nipples. The wind kept blowing hair in his eyes, so he shook his head and did his best to glare at his girlfriend Irene.

“Ooh, you look so cute when you’re angry,” Irene said, smirking and flexing her powerful biceps. Golly, it was such a rush being in Shawn’s ripped body. She felt a growing presence in her swim trunks as she looked at her former body’s erect little teats.

“You can’t really expect me to go surfing like this,” Shawn said angrily. “Not as you, not in your bod—”

“I DO expect you to go out just like this, sweet cheeks. Isn’t this how you liked all your little ‘surfer girls’: topless and atop the waves (as well as on top of you)? Well, your tricks and flings are officially over. Now, if you can be a good girl and ride a few big waves for me, I just might take you on a Surfing Safari tonight where you can ‘ride’ to your heart’s content and maybe find a decent boyfriend before I leave you. Now grab your board and get out there, IRENE,” she said, smacking her former ass and watching Shawn’s shocked expression.

Pretty soon all the male surfers were whistling and wiping out as they turned their heads to watch the topless surfer girl turning tricks like there was no tomorrow. 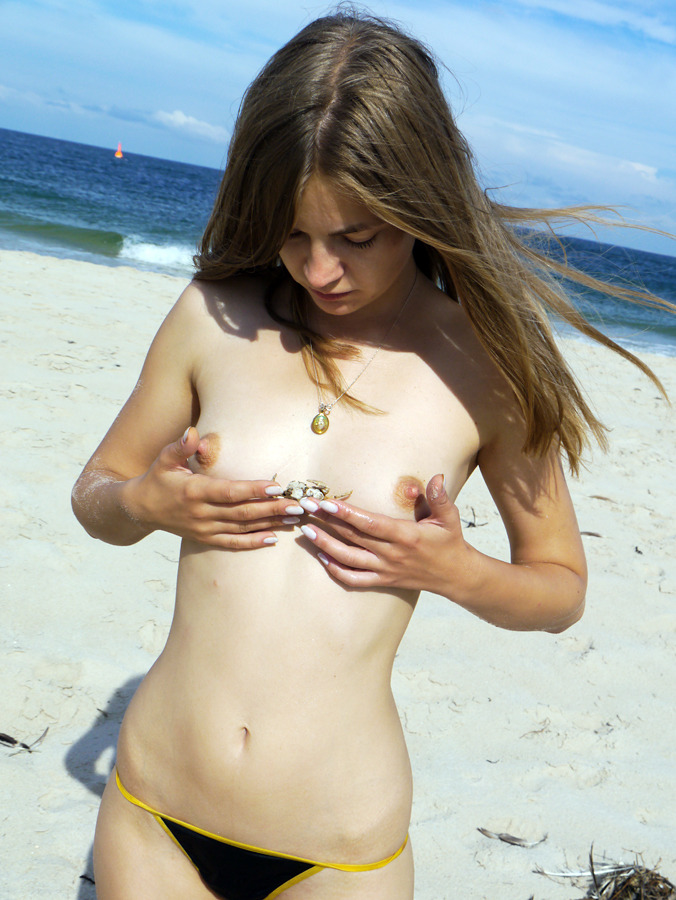