Stuck in the past. Part 1

Scott was nerdy, unpopular, short and sometimes bullied. His friend Martin was the opposite, Handsome, tall and popular with girls. The whole school was wondering why Martin is hanging with Scott. The truth is they had a lot in common, especially passion for sci-fi and fantasy.
One day Martin was at Scott’s house to play some dungeons and dragons. Instead Scott showed him a weird device claiming it to be a time travel machine. Martin didn’t belive him but Scott was certain it will work. To prove him wrong Martin took the device an started to press some buttons, not knowing what he is actually doing. Then bright light shined in the room and blinded Scott for a second. When he gained his vision back Martin was nowhere to be found.

Scott calibrated the device for the past two days in order to get Martin back. “This is it” He said setting the date 4th March 1995. “Maritn is somwhere there and i had to take him back” Scott pressed the button and was sucked in some time hole.
Scott landed in a school durning class. He looked around and found a calendar on the wall 4th May 1995. “Missed two months” Scott sighed. “Now where is Martin?” Scott checked out among the students. It looks like Martin wasn’t here but what was weird is the students didn’t noticed his sudden appearance, except one. Since he arrived a beautifull, blonde girl was constantly looking at his direction. Scott blushed and hid his face. “She seems familiar” Scott reached into his memory trying to remember where he saw her. Then it hit him “Oh my god. It’s my mother back when she was a 16 years old” Scott realized suddenly.

The bell ringed and the students started to leave the classroom. Scott stayed, waiting for everyone to leave. He didn’t want to interact with others, afraid it could have devastating consequences in the future. His mother however walked towards him. Scott grabbed his bag ready to run. “Scott? Scott is that really you” She called. Scott turned towards her. “It’s me! Martin. You can’t belive how happy i am to see you” She gave him a big hug. “But, how did you…” Scott got confused. “I don’t know. I was playing with your device and then something happened and i got transported in time into this body. You won’t belive what i went through. I lived as this girl, Laura Thomas for two months now” Martin explained everything to his friend. “Not just any girl but my mother” Scott said. Martin’s jaw dropped. “You mean this body belongs to your…” Martin looked down at his current body. “You need to be very careful with your actions now. I don’t want to disappear” Scott warned his friend. Martin gulped, realizing his situation just got a lot worse. 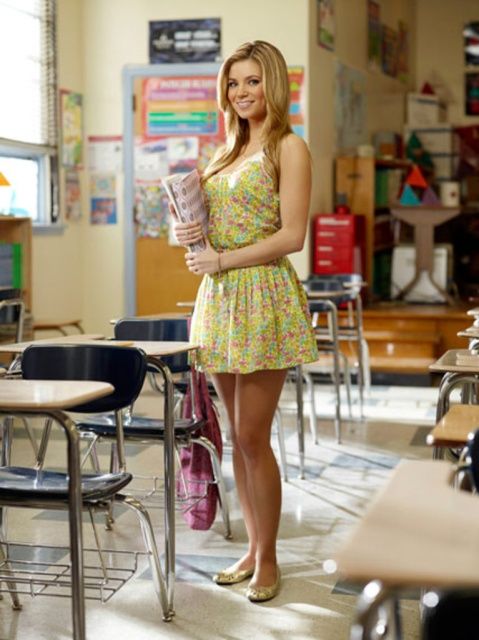