Stuck in her skin Part 2

The next morning when I woke up I felt great, believing that yesterdays events were just a dream. Hearing my phone ring I was immediately brought back to reality by the sound of my own voice asking if I slept well. Sitting up I felt the new weight on my chest shift and knew what happened last night was all to real. Chelsy or rather Ryan now, told me not to be late for the bus and hung up. Taking a moment to calm my self down I got up and started getting ready for school. Luckily for me Chelsy was never much for dressing flashy so I Grabbed a pair of black jeans and a purple tank to quickly getting dressed and running to the bath room to brush my hair. Before I left for school I lifted my top and pushed out my belly as far as I could and snapped a picture to look at later once I was at school. Running out the door I told mom I loved her and would see her later. I have to admit I was nervous but no one on the bus seemed to pay me a second though. Once at school had little trouble blending in in my new form and by the time lunch rolled around I had gotten used to answering to Chelsy as weird as it was.

I found my old body at lunch sitting out side on one of the benches waiting for me. He asked how my first day was going. I told him I was doing fine and that I was still pretty nervous about being at school looking like her. He told me he had a surprise for me and that he wanted me to close my eyes, I must admit I was pretty nervous after what Ryan did to me I was hesitant, but I closed them. opening them I say a calendar laying on the bench in front of me . I opened it and several weeks have already been marked off. Flipping through the month I came to a day marked with a red circle Labeled do date. their was also a symbol drawn on the day a week before and a week after. When I asked what it meant he told me that they were the days we would swap bodies back if I behaved. A week before I give birth if I do behave or a week after if I don’t. He told me he wanted me to do natural birth and smiled. We talked about our new situation for a while and on the way back to class he told me i had to tell my mom that I was pregnant tonight and later he would call and ask if I had any questions about my condition. I agreed and walked back to class.

By the time I got back home I was drained, I guess pretending to be some one else can really take it out of you. I noticed mom was home early and already working on dinner so walked by and went to my room pulling out the Pregnancy test and sliding it into my pants pocket. Walking back into the kitchen I took a seat at the counter and asked how her day was. After she was done making dinner I asked if we could talk into the front room. She must have seen the serous expression on my face because she quested down and her tone got more serous. She asked me what was wrong and I told pulled out the test and handed it to her she sighed and said and for a while we both sat their and didn’t say anything, finally she told me she had suspected that I may be pregnant for a few week but hoped that she was wrong. I told her if she had any questions to ask them and boy did she have questions. First she asked me who the father was. I told her and the answer seemed to calm her down quite a bit. She said that at least it was with a nice responsible young man who was destined to go far. though i wasn’t technically wasn’t Ryan at the moment I couldn’t help but feel flattered. The next question she had for me was how far along I was. when she heard the answer she giggles asking me to be serous, but she quickly stopped laughing when I told her I was being serous and that i though that I might be having multiple babies. After many more questions we ate a very quiet dinner and I went to my room.

No sooner had I closed the door than Ryan called. He was happy I told mom about the pregnancy. I told him I was feeling really tired and nauseous lately, He told me that was normal and after another two month that will subside but in the three month following that my breasts would start to swell and I would have more energy. I also asked what restrictions I had with my new body. He told me that as long as I didn’t permanently mark the body or hurt the babies I could do what ever I wanted to. He told me since I was going to be female for the next eight month that I should enjoy everything that went along with it like shopping, going out on dates with Ryan, Sex. He told me he planned to experience it all to, with me of course. Ryan told me he planned to ask me to marry him when i was a little further along in the pregnancy. I don’t know why this made me smile but it did and after I hung up the phone i got undressed and looked at my self in the mirror again but this time i wasn’t nervous i figured if I was stuck in this body that I would make the most of it. I took a bath and went to bed. 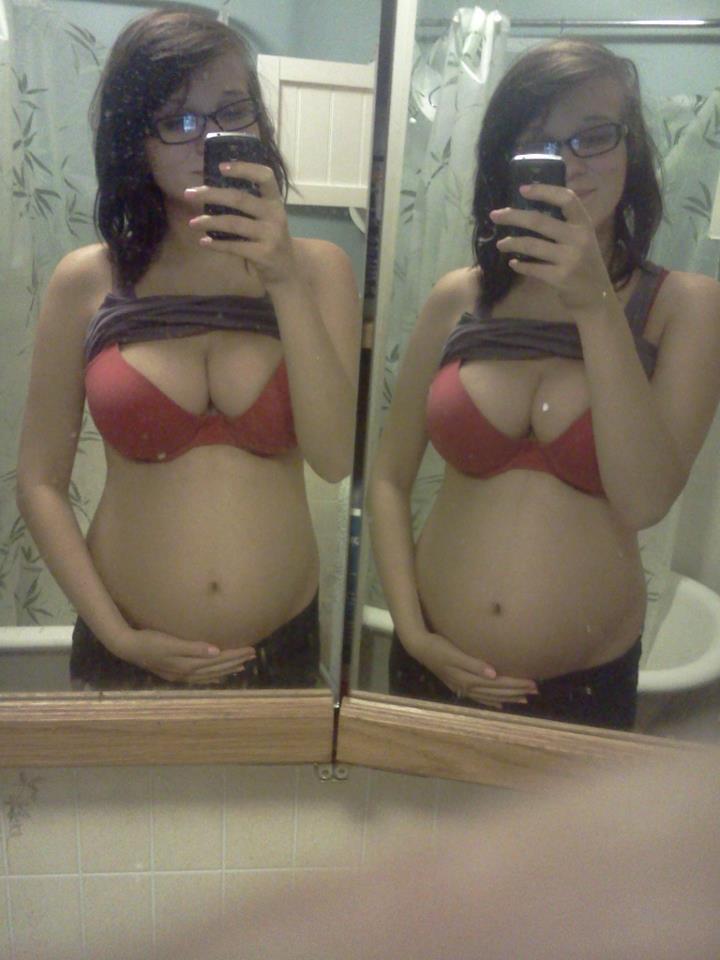