Henry’s time travel device would allow you to travel back in time, but you had to take on someone’s body in that time. He knew the location he was in had a fat bald guy living there in 1986, the year he wanted to travel to. He didn’t want to be a fat bald guy, but would do what it took to try the time travel, after all he would return after an hour.

What he didn’t know was the device would put you in whomever was nearest to him, when he activated the machine, in that time period. There were more people there at the house, the night he traveled to, so the machine had to pick someone for him to swap with. Ashley Dickenson was playing strip poker with the fat bald guy, and his buddies that night in 1986, and Ashley’s dress and shoes were already off. She also happened to be the closest to the machine in that time period.

Henry was shocked to say the least. Instead of being fat and bald, he had plenty of silky hair around his face, even thick bangs, albeit those goofy 80’s poof bangs but still. His frame was slender, as he could feel, but he also felt different, softer, curvier a bit. His arms and hands felt smallish as he held the cards his eyes were coming into focus on. He felt two weights on his chest as well, supported by something tight and soft. His crotch felt empty, flat, but with tight underwear over it, and over that a tight silky fabric going from his soft larger ass down to his smallish feet.

Looking down from the cards he seen the white bra and the protrusions pushing that bra out, below that, the flat crotch in panties, covered in pantyhose! His legs were smooth, long, soft, shiny encased in the hose. He felt his crotch then his chest after letting go of the cards.

The fat bald guy Jed, said, “Are you ready to take more off already, how bad are your cards exactly Ashley? So far this strip poker night is working out, well for us guys anyway, ha!”

Henry thought, “Ashley, this must be him, he somehow ended up in the body of a woman playing strip poker with the guys on the night he time traveled to in 1986.”

It felt weird being a chick, but it was for science, and he had to admit this was probably much better than being that fat bald guy Jed. He would have to adjust quickly to not act odd.

Henry thought to himself, well herself, “I have to pretend to play along, even if I strip this body naked. I have one hour.”

Henry as Ashley played along, and ended up completely naked. Were they dealing her bad cards on purpose? It wouldn’t surprise him, being a guy himself, he understood. What he didn’t understand? This was his mom, and this was the night he was conceived! Ashley Dickenson, would later be Ashley Cox, once she married Jeff Cox, who was at the strip poker match that night. They got married after she discovered she was pregnant after stripping naked in poker and going upstairs with him! He didn’t know he was his own mom however, he hadn’t looked in the mirror yet.

Once he traveled back, the changes in the timeline followed him, and upon his return, the new timeline was set in place. He was never conceived that night as Henry, however, he was conceived as someone else instead in this new timeline! Much to his surprise, as he kept his old memories, his house was different, more femininely decorated, and the machine was gone! It only existed enough to get him back, then the changes to the timeline took it away! Lucky he got back at all!

He felt an extreme weight on his chest however, and looking down he seen why. He had extremely massive boobs. He was now Holly Hooters, with string implants that made her boobs bigger each month! He was apparently conceived as a girl in this timeline, and apparently was some kind of extreme fetish girl of some kind, why else would he get boobs this huge? He felt his new pussy, and had six rings on the lips, three on each side, and another ring in his new clitoris. His nails were astonishingly long and red, and huge hoop earrings dangled from his earlobes. Even his ass was enormous, and his hips super wide. His face didn’t feel of beard stubble any longer, but of lots of caked on makeup! His hair was down to his large ass as well, long and red! Basically he was an ultra busty redhead!

Henry was shocked, and confused, and waves of new desires entered his mind. He could rebuild the machine, possibly, but with his huge sex drive, and cock cravings, that might make it hard. Speaking of hard, he now felt desires to make men hard. It turns out, with his new sex drive and body, he was just too consumed with sex to even build the machine, and instead of working on that, ended up working on men! 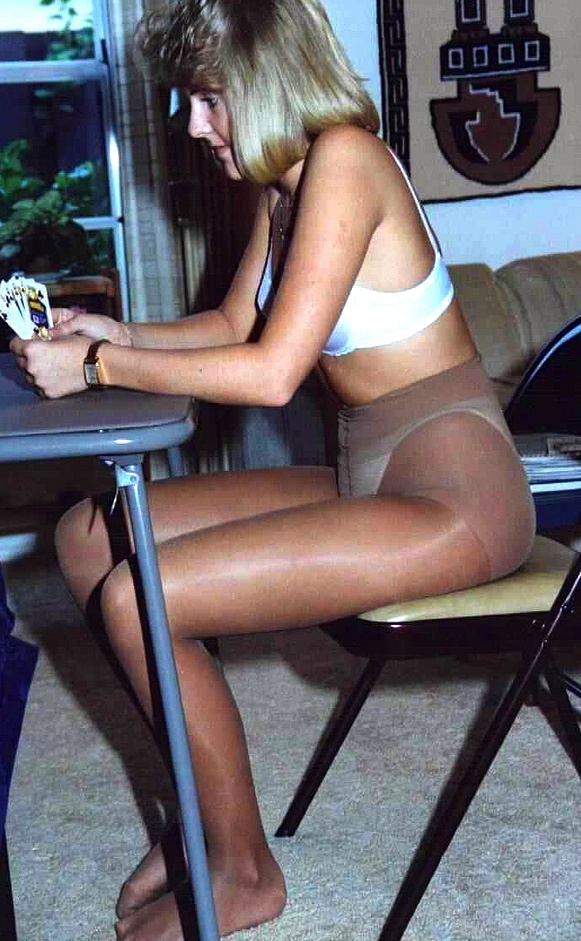