Running away from the law

Since the female birth rate drastically decresed we had to find a way so females won’t become extinct and mankind could reproduce naturally. With modern technology was created a project called FemX. Thanks to FemX you can turn a man into a woman with fully functioning female genitals. For the last few decades men were turned into women to keep the balance in our world. At some point of your life you could get a letter that you have to participate in the project. Boys of diffirent age went through a sex change becoming girls for the rest of their life. If you have seen a woman on the street there is a 50 percent chance that she was born a boy. Of course many men protested against it but thats the law now. If you won’t take part in the procedure if you were chosen then you can even go to jail.

Since I remember I was terrified of it. I lived my life in fear that one day I will become a girl. Only after i turned 25 i was mostly certain that FemX won’t get me since most of the participants were under 21 years old. Boy was i wrong. When I recived the letter demanding I come to the clinic I almost fainted. My worse nightmare just became real. I realize that a lot of men went through this and all of them eventually accepted their lives. My friend and brother for example are doing fine. My friend is on a good way to become a doctor while my brother who is my now my sister married a guy and is expecting her second baby. Maybe even I could live as a woman but for the sake of all men who lost their manhood I decided I won’t take part in it.

Since i was breaking the law I had to hide. The police was after me so I couldn’t stay at my home or with anyone I knew. I was managing somehow but soon the money was getting short since I didn’t have any income. I spend nights on streets or in abandoned tunnels. I barely survived the winter and when the spring came I knew I won’t survive anoter one. That’s when I gave up. I didn’t want to die as some hobo so I gave up. I went to the clinic where I will become a woman. After cleaning me up I signed every paper required and the doctors took me to a seperate room. I took a last look at myself before everything went dark.

When I woke up i immidiately started to feel diffient in some parts of my body. As soon as my mind procesed what happened I asked for a mirror. It was strange to hear my voice for the first time, it felt like someone else was speaking through my mouth. The nurse gave me a mirror and I was able to see my face. It was so feminine and cute. My bod was much thinner, with narrow waist and much bigger hips and butt. On my chest I had two soft and round breasts. I gave them a squeez, it wasn’t the first time I touched female breasts but actually having them was something completely diffirent. After I finished inspecting myself the nurse ran a few tests on me and left me alone so I could dress up. Since I didn’t take an clothes with me I was stuck with what they get me. I put on the plain, white panties and decided to skip on the bra. I wasn’t ready to wear something so feminine. After that i put on the jeans and top which didn’t cover my belly. Looking at myself in the mirror I left with a wince on my face.

As i left the building I felt uncomfortable. People were looking at me and I didn’t know what was wrong. It was when I looked down I noticed my nipples poking through the top i was wearing. Guess I should put on that bra. With my face blushing red i headed to my sister’s house. I will need to learn a lot and hopefully my sister could help me out. 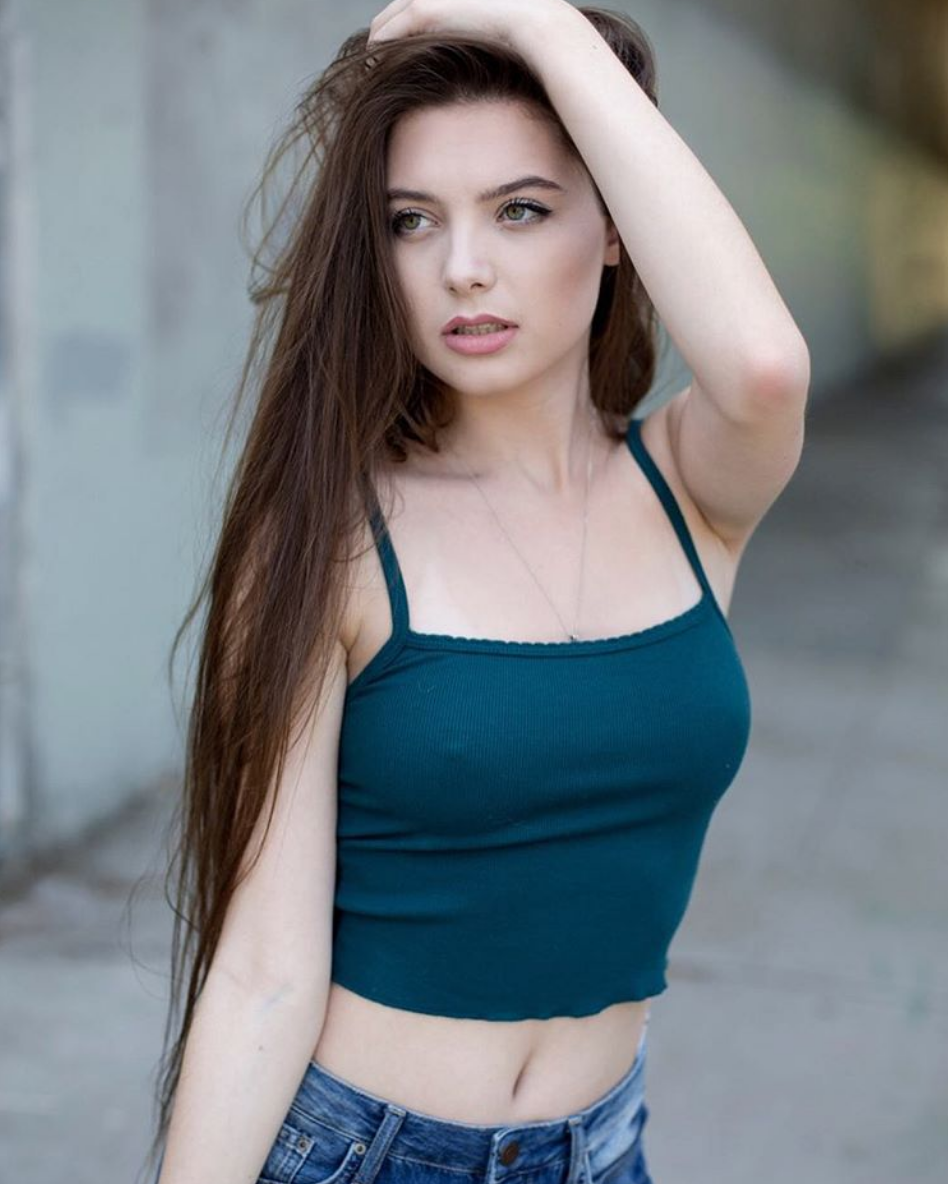