My Girlfriend Is MY DAD Part 1

My Dad was a brilliant scientist who wanted to create the perfect body with a single drink. No need to worry about a diet, going to the gym, or whatever: just take a drink and you’re an instant model. Soon enough my father would find that serum but with the results, he was not expecting

A party was coming up and people were expecting me to arrive with a gorgeous woman named Rose. Only one problem: she doesn’t exist. I, unfortunately, am surrounded by friends who are under the impression that the single life is for losers so I made up Rose to make them shut up. It was a week before the party so I was thinking of any kind of excuse to stay away from the party. I pulled into my father’s drive way, stepped out, then walked into the house calling out,

“Dad? Hey, Dad? Listen I thought we could order a pizza and hang out for the weekend. You home?” I made my way upstairs to check and see if he was napping in his bedroom. It wouldn’t surprise me: with no wife, surrounded by nothing but his work: all he does is stay up to work on his formula then pass out. However what I saw was not him napping: I walked in to see this half naked mature but gorgeous woman crouching to take a picture of herself in the mirror, “Whoa! Jesus!” I scared the woman out of her skin then I immediately slammed the door shut in my face then followed up with, “I am so sorry!” I was expecting to be called a pervert or a call to my father but instead, the woman excitedly spoke to me,

“Sean! Sean!” She opened the door with a giant grin on her face, I avoiding gazing at her bottom half as much as I could and she didn’t seem to notice, “It’s me!” All I could do was stare with utter confusion, assuming this was some nutjob who broke into my father’s house especially when she followed up with, “It’s Dad!” Immediately I ran down the hall, down the stairs, pulling out my phone about to call ‘911’ but she followed me yelling, “No seriously it’s me! Stop!” Before I could finish dialing, she took my phone away, held it underneath her palm on the counter and spoke firmly, “Look, I know it’s impossible to believe me! I can prove it!” I was tempted to push her out of the way just to get my phone back but instead, I responded with,

“This is Harrison Porter. This is will be the test of my final formula. I’m out of rats to test it on so…let’s do this. I am Subject 63B, engaging test number…whatever. Cheers.” I watched as my father ingested a red fluid, I couldn’t help but be nervous: what if it kills him? Seconds went by and it seemed like nothing was happening which my father commented on, “Dammit…” He sighed with disappointment, “It would appear that this formula is yet again, a dud. I guess it just wasn’t meant to b-” He stopped, feeling his chest and letting out a groan, “Wait….something’s happening.” My interest became piqued so I stepped closer to watch as my father began letting out yells of pain, I became worried but I backed up in shock when luscious brown hair sprouted from his balding head with minimal white hair. The camera was knocked over to the ground and that’s when I suddenly heard his grunts became womanly moans of pain. I was able to see subtle changes but only in the legs which became extremely long. My father dropped to the ground only to reveal the face of the woman that was standing in the room with me; that said woman went to grab the camera and it cut to black.

Eyes widened and my mouth wide open, I slowly turned to gaze at the woman- no, my father! My father had transformed into a woman all because of his experiments and he looked back at me with an ashamed look,
“I told you it was me.” Somehow despite all the terror going through my brain, I managed to muster a smart-ass remark with,

“You can’t exactly blame me.” My eyes analyzed every curve and detail of my father’s new form: not only was it one of the curviest bodies but the physique was astounding: she looked like a retired Olympian, “So…you’re a chick. Is this permanent?” My father was quick to respond with,

“Actually no, I changed back after about 12 hours the other day. I needed to study this so I made more.” So my father deliberately chose to transform back into this form, wow. However I couldn’t exactly blame him since this was quite the discovery but I had to ask,
“And that mirror selfie upstairs?” Dad was able to explain,

“Oh, I was taking pictures of this new body, show off every aspect of it. It’s amazing when I’m like this: I have so much energy, agility, and muse. I was able to accomplish so much: I cleaned the entire house so quickly. I could only reply with,

“Yeah…EVERY aspect it seems like.” Dad gave a confused look then saw where my eyes were looking to: his newly acquired womanhood so he gasped and covered it up with a newspaper,

“Oh god, Sean, I’m so sorry. Um…I have no clothes that fit this body other than this tank top. Hold on!” My Dad walked off, I instinctively gaze at his large but firm ass which jiggled slightly when it swayed. Damn. Minutes later, he returned wearing a woman’s shorts and the same tank top which made me relax a bit, “I “borrowed” these from Ms. Jackson next door. I’ll give it back when I can.”

We sat there in the living room for minutes in silence but it felt like hours. Clearly, I was unsettled by seeing my father is this perfect womanly form so I needed to break my silence by asking,

“So you’re going to keep going with this?” Dad sighed though he understood by worries he tried his best to explain,

“Yes, Sean. This could be it! Look at me! I have the perfect female body! With enough tweaks, I could probably create the results I was going for before. At the same time, I want to test this body to the fullest: what can it stand, is it allergic to anything, does it affect me strangely at all? Who knows, maybe I’ve created the perfect sex-change serum! No expensive surgeries, just take a sip and you can be the gender you want.” My father, always the scientist but a part of me suspected there was more to it than that, however, I wasn’t going to pry so I nodded and responded with,

“If that’s the case you’re going to need help. I’ve saved up enough off-time at work that I can take a week off to get you situated with this…whatever this is. You can’t keep stealing from the neighbors so if you need it, I’ll take you out shopping.” A smile formed on my father’s womanly face and it didn’t help trying to stay unattracted to that body so I was happy he responded but did he have to say it in the most sensual voice ever,

“Thanks, Sean. I really appreciate it.” I could already tell I was going to regret this decision. 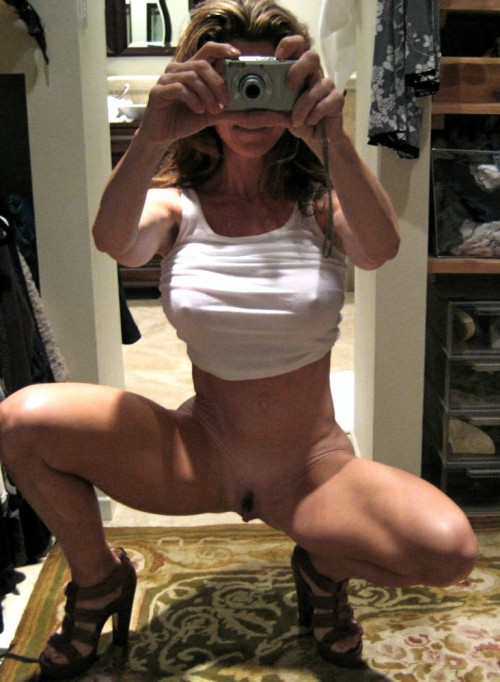