Music of the spheres

Discordant notes tumbled around the room as Reynold desperately played the piano. He closed his eyes and tried to ignore the blonde hair tickling his neck and the flimsy dress that encased his body. (Oh, what was that melody? he thought to himself.)

Reynold had been a composer; but one late night while composing he’d apparently stumbled onto a fragment of the cosmic melody. The next morning he discovered that he’d swapped bodies with his girlfriend Trish. In the heat of the moment, they’d had hot sex, and then Trish left the house, saying that she’d be back by dinnertime.

But as he played the piano, the only musical spheres he felt were the soft tits pressing against his arms and straining at the bodice of his dress. 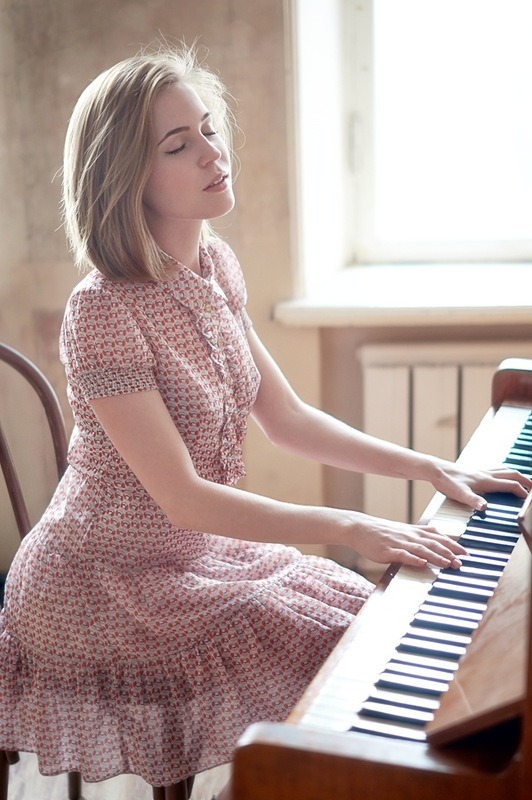