I had just bought a really expensive wine. I knew exactly what its properties were. I invited my friends to a party. I promised them, that I will introduce them to Amy, the hottest girl they had ever met.

I told all my friends to show up at 6pm, but I called James, and told him to show up an hour early, that way he could have a shot at Amy first.

I looked for a bottle that was almost empty and threw away its contents, and replaced it with the special wine I just bought. When James showed up, I offered him some. He said he didn’t want any, he wanted some beer. “It’s Amy’s favorite, just try it” I said. “Fine!” he said. I poured a glass and gave it to him. “What about you? aren’t you going to drink some?” he said. I then grabbed another glass, and poured some. “Cheers” I said, while pretending to drink. I didn’t notice he was pretending to drink it too. By mistake I drank a drop or two of the wine. It tasted great, I had to finish the wine, so I drank the whole glass.

I looked at James “You thought you could transform me into a brainless bimbo?” he said. “I knew about your wine! now you will be the bimbo” he said. His words sounded muted, I wanted to scream, but my mind was accepting the changes, I could see my breasts expanding, my waist becoming smaller, the room getting bigger as I was getting smaller, my whole body changing. When it was all over, James handed me some girly clothes. I went to a room to change. I looked at myself in the mirror “ohh my gawd! I am so hot!”.

I knew I used to be a man, but I just didn’t care. As I walked out of the room James asked me “Amy, more wine?” Of course I agreed. As I drank the second glass I could feel my IQ drop, and my sex drive increase. “I am just glad all my friends are coming. I can’t wait to sleep with all of them.” 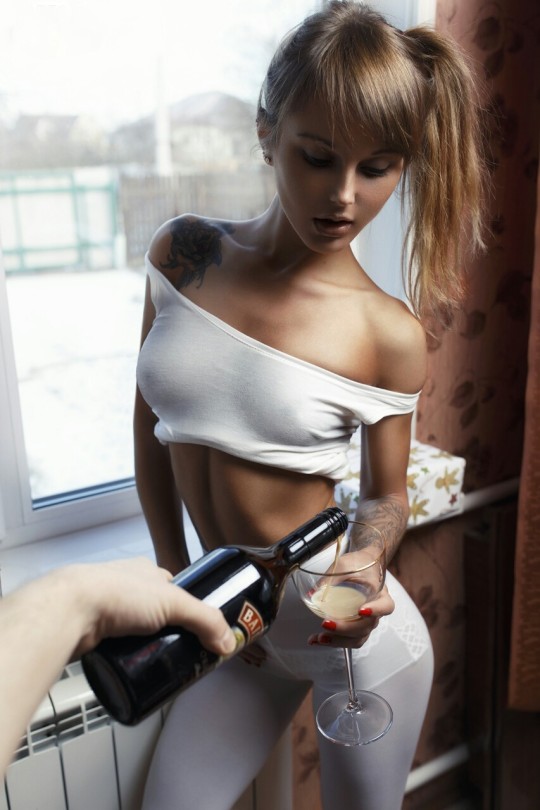