Suddenly he felt completely different, with long soft hair around his head, glasses, huge weights on his chest, an empty feeling crotch, and long smooth legs up on a desk, encased in silky smooth black pantyhose. He looked over at a nearby mirror as he whisked some hair from his face, seeing the mature woman he had become. He immediately realized he was some sort of mature office woman, and in fact, this must be from that well wish, he was more mature, more responsible, and was like his mother, he looked like he could be her cousin even.

Then his own mother entered, “Jessica, these are this quarter’s reports, sales on our luxury new pantyhose line are off the charts. That silky smooth blend you came up with did the trick, and I see you are even wearing No. 307, the stocking style with the line down the back.”

Jeff, now apparently Jessica, and his own mom’s boss, realized she was responsible now, a boss even, of a pantyhose company? Also, this new line she was wearing must be good, her legs felt amazing, despite all the shock of being a mature grown woman instead of a bratty teen boy. Jessica decided to play along.

“Thank you for the reports, Mrs. Jameson. I look forward to analyzing them thoroughly. Also, thank you for such great news for the company,” said Jessica shocked at how her mature sultry female voice sounded.

“You’re welcome, Ms. Nettles, but do we have to be so formal? I mean you’re my cousin Jessica after all, but I guess we need to keep family out of work. My sister marrying Mr. Nettles, founder of Second Skin Hosiery, then allowing such a great daughter to them and cousin like you to be my boss later has turned out wonderful for me and the company. I’m proud to work for such a smart cousin like you, Jess, hun,” said Iva, Jessica’s former mother, now cousin.

“So this is what it’s like to feel feminine,” said Jessica, letting it slip through her lips.

“Of course our hosiery line feels feminine, but you should anyway, after all you’re a sexy mature woman, no matter what you are wearing, but the hose are nice added touch,” continued Iva.

“I meant they are so feminine feeling, this is what it’s like to wear them, I’m glad my line worked, but ok time to review these reports, and I’m sure you have some work to do Iva,” said Jessica smiling.

After the door closed, Jessica, locked it, and began to take off her top, she just had to see these new puppies for herself. After all was said and done, she couldn’t complain, she was, in fact, more mature, more responsible, and was very much like her mother, now cousin. It would take some getting used to, but if the nice large breast and long sexy legs were any indication, that adjustment period would be painless. 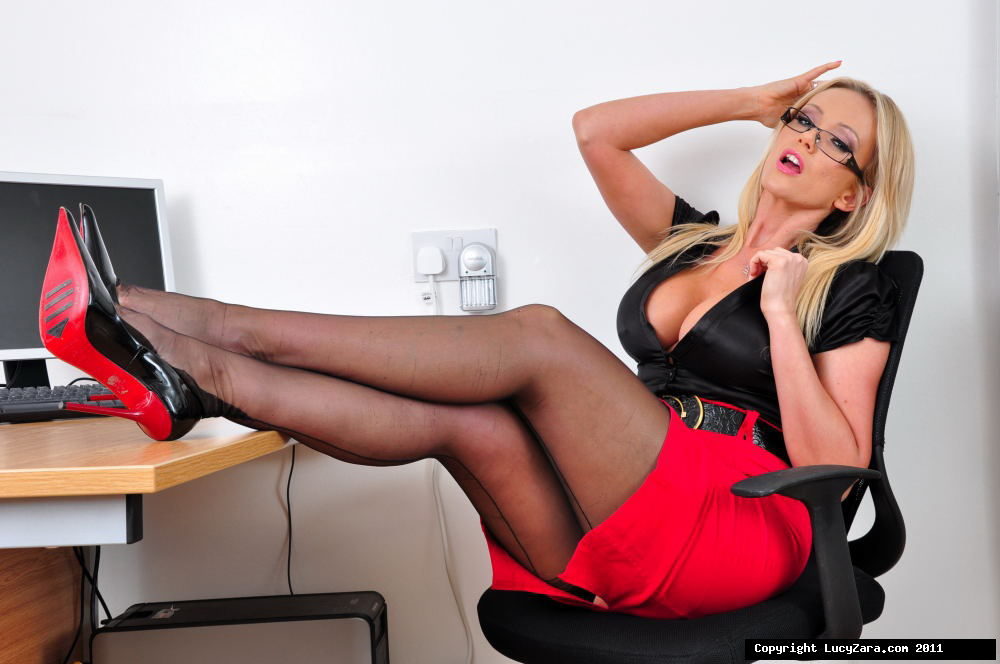