“Wanna help me out with something?”, Rick said after he peeked into my room.

“Just stand still”, he grinned and aimed a remote at me.

A blinding light enveloped me for a fraction of a second. Sunspots still danced in front of my eyes after the light had disappeared.
It felt chilly all of sudden.

Something was very wrong I didn´t understand what until my eyes cleared up and I could see that my body wasn´t male anymore and that I was dressed in som very feminine garments.
I could see breasts poke out from my chest and something that usually poked out from my groin was definately gone.
“What the hell man? Did you just turn me into a chick?!”. My high voice sounded shrill even to my own ears.
Rick still stood there with this stupid grin on his face. “Take a look in the mirror”, he said and gestured to the mirror on the wall.

“Amanda Michaels?! Why to heck to I look like Amanda Michaels?!”
Rick patted the remote he was holding in his hand. “It´s all thanks to this baby. I found it in the park and found out what it after mashing the buttons for a while. It´s awesome!”

It was most definately not awesome. First of all I wasn´t in my own body, secondly I looked like the girl Rick has a crush on. I can agree on that she looks sexy but I´m not her.
“I can´t go around look like Amanda, you know that. Turn me back”, I pleaded to him.

“Nuh-uh. Not when I´ve got the girl of my dreams right in front of me”.
“For fucks sake, Rick! I`m not Amanda!”
His finger stroked the remote and he had this curious look on his face. “But I can make you act like her”.
Another ray of light blinded me.

“Eeeeeek!”
“Where am I and why is that creep Rick here in front of me? Have I been drugged?
“Why am I practically naked?”
I quickly wrapped a blanked around me to cover myself up.

“Aw man. You really became Amanda for real”, Rick seemend to lament.
“Get lost! I`ll call the police for you abducting me!”, I warned him.
Instead of getting scared he just calmy pressed a button on his TV remote.
I couldn´t see anything. Everything was white.

My vision quickly came back to me and I could see Rick stand in front of me. He looked at me expectantly, which he should be. It´s not every day I dress in sexy clothing for him. He looks so cute when his eyes follow my movements. A little jut with my butt there and a little jiggling of my boobs there seemed to make his brain have a meltdown.
I giggled.
“Sit down, tiger. I want to put on a show for you”, I beckoned him.
When I was done with him, he would have an epic pair of blueballs and I would be there to help him with the release.

After all, that´s what girlfriends are for. 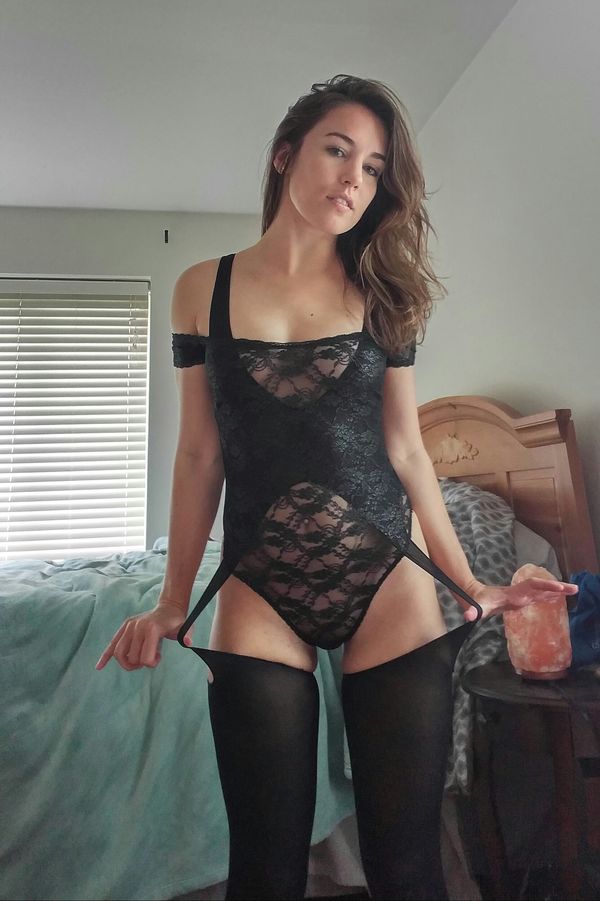