James looked wide-eyed at the woman who was between his legs who was telling him he was doing well and just one more big push as a wave of excruciating pain washed over his body & he had the uncontrollable urge to bear down and push.

As the woman between his legs said you’re doing well I can see the head as he let out an excruciating moan of pain as he pushed with all his might and the baby was finally out.

He lay there confused exhausted and in pain as the woman congratulated him on giving birth to a beautiful baby girl.

He turned to the man on his right and asked him who he was and where was he?

The man just looked down at his beautiful wife confused not understanding that there was now a man inside her body.

It wasn’t until nearly two hours after he had given birth and he was sat up in bed breastfeeding the baby that they got the news of some cosmic event that had swapped 90% of the human population which explained to the man sitting next to James bed with a worried look on his face that James was telling the truth and his wife was now somewhere else. 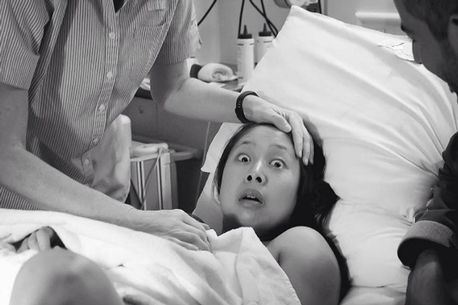