Jeff couldn’t get a date at the bar, and was just stuck with his two buddies, Paul and Marlon. He remembered seeing a commercial about his favorite beer, and some guy making the girl with him dressed sexy by opening his beer, then she opened that same type of beer and made his buddies into hot chicks who pretended to like him.

With beer in hand, that exact same brand and his favorite, he decided to think of what he wanted just like the commercial, only he just wanted his buddies to be hot chicks who really did like him. He twisted the cap, and suddenly they became two hot chicks, a skinny hot brunette, and a busty curvy blonde, both in tight short dresses! In fact, they looked like the two women that the guys in the commercial got turned into!

Paul and Marlon were stunned, but also super infatuated with Jeff, so much so they were ogling him right away, despite the changes! Jeff was tenting his pants, when Marlon (the brunette) grabbed his bulge, turning him on more. Meanwhile, Paul hefted his new boobs (just like in the commercial), then went to the other side of Jeff, licking his right ear.

That night at the bar was Jeff’s lucky night, as the girls both took him to a stall in the men’s room to have some fun! They both took turns sucking him, when Marlon grabbed the beer he had with him and put down in the stall. He twisted the cap, and something else happened!

Marlon was thinking of how it would even be better with more girls like him and Paul, and poof, suddenly the cock they were sucking vanished, and a pussy appeared in it’s place as Jeff was now another girl like them! Paul was into it as much as Marlon as they now took turns liking Jeff’s new clit and pussy lips.

Jeff was stunned in fact, suddenly feeling a new pleasure, instead of the old one, and being a chick now just like them! He was in a tight dress like they were, hiked up, and had a nice set of DD’s. He could see his hair going over those DD’s, and it was red. He had pale and soft skin as well.

They had forgotten to lock the stall, and a guy with that same type of beer walked into the stall! He was instantly turned on by seeing three women going at it in the men’s room of all places. He twisted the cap, and thought he wondered what it would be like if these chicks digged him, and were all his girls! It worked, and a huge wave of lust swept the three girls as they began to unbuckle the newcomer.

Unfortunately that was the last of the magic beers from that company. There were three, and they were now used! There were no more made, so now they were visions of their own wet dreams, only Jeff, Paul, and Marlon were on the other end those wet dreams now, on the receiving end! The lucky guy, Henry, now had three girlfriends who didn’t mind sharing him! It was a great beer he thought, and with their new desires, the three new girls, Jess, Paula, and Marla agreed. 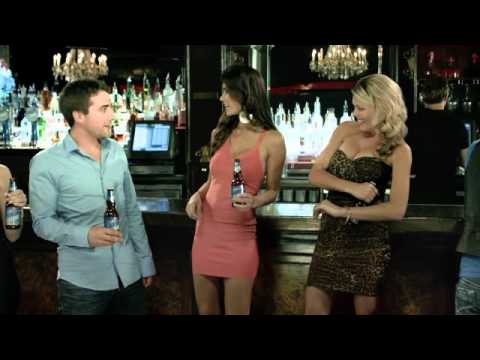