Adam frowned as Peter killed him yet again. He’d been practicing clearly. A lot. Or he was cheating, but Adam couldn’t prove that and such an allegation seemed un-sportsman like.

Adam pressed tab and saw the score. He rolled his eyes and looked to the corner. The round was ending in twenty seconds and he was down by almost thirty… Man that meant…

They’d found the game a few weeks ago at a strange store at the mall. Being two guys who played a lot of video games and didn’t meet a lot of chicks, the game’s promise that the players would meet girls was laughable, but it was only $10 so they each bought a copy. It was something new to play anyways.

Adam won the first time they played it, but only by one point. Peter had gasped and suddenly looked a little different. He was pretty damn surprised when he went to the bathroom and found his manhood gone. They both panicked for a bit, but an hour later Peter turned back. They read the manual for the game and it laid it all out. The more you lost by, the more you’d transform, the longer you’d transform.

Curiosity got to them so they played another round. This time Adam lost by three. He was a lot more feminine looking than Peter had been, but still pretty androgynous with no real tits to speak of. The game said he had three hours, so Adam decided to do some exploring. He’d… well he’d never been this close to a pussy before. He’d had a girlfriend once, and they’d had sex, but even that wasn’t this close.

Three hours later he was back to normal, and they played again. This time Adam won by ten. Peter turned into a girl with small breasts, and to both their surprise, even Peter’s clothes changed. Peter said he felt weird, and posited the changes were more then skin deep. He kept glancing at Adam and then looking away. Like Adam before him Peter snuck into the bathroom to explore. He was a lot louder than Adam had been though.

Then they’d both gone to bed. They had work in the morning. Peter, still a girl, repeated her performance throughout the night, keeping Adam up and giving him the most awkward boner ever. Peter was back to normal in the morning and neither of them spoke of it.

They’d played again the next weekend, each of them losing and winning by a bit. No one ever lost by more than ten though. Once Adam lost by 8, and he realized what Peter meant about the changes being more than skin deep. Adam found himself staring at Peter, and when he masturbated he thought about getting fucked by a dick. Before he turned back Peter made a very awkward pass at Adam, and the two of them didn’t speak of it afterwards.

Then it came to this weekend. The time wound down, ending the round. Adam’s stomach was doing sommersaults and he closed he eyes.

The first thing he felt was a pressure on his back. When he opened his eyes he saw why. His tits were massive. His clothes had been changed and his hair was longer. He knew he had to look amazing because Peter was staring at him. Adam looked over at Peter and wondered about Peter’s peter and almost started drooling from both ends. Adam’s heart raced as he realized what he wanted. What he was almost certainly going to get repeatedly over the next thirty hours.

“Hey look,” Peter said turning away and pointing at his screen, “It says I unlocked “hardcore” mode where the changes are permanent.”

“Let’s think about that later. I want you to play with me.” Adam said in a sultry voice.

Peter smirked, “You don’t mean the video game, do you?”

Adam didn’t respond and just leapt on top of Peter, then dragged him to the bed. Maybe, Adam thought as Peter aggressively fondled Adam’s boobs, maybe hardcore mode had it’s appeal after all… 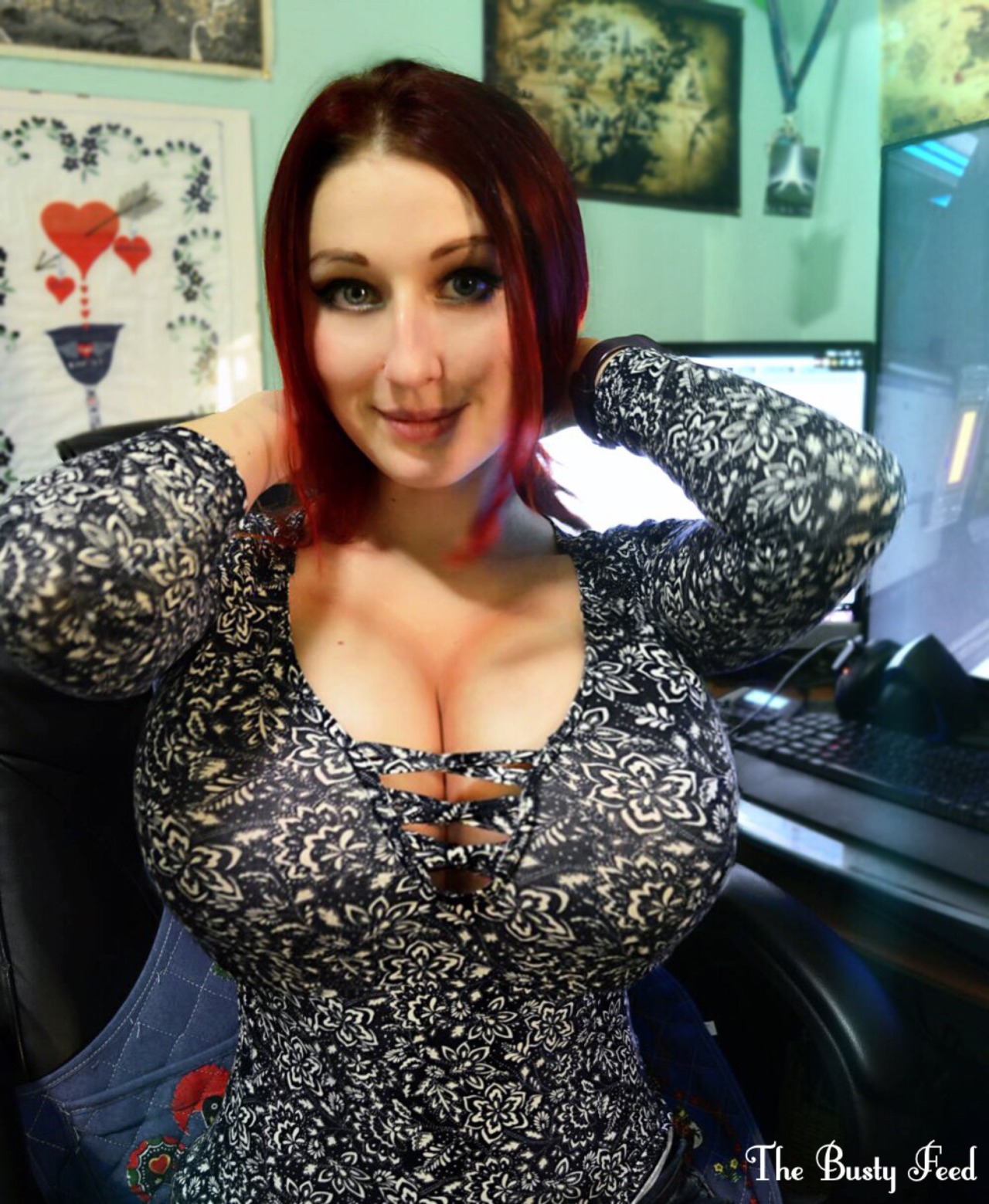