“The food behind you is oh so fruity, but now you’re more special, you’re a busty babe with a nice big booty,” said Jeff to his friend Ned.

Ned smiled as the spell worked right in the store, even putting a dress to somewhat cover up his new curvaceously sexy feminine form. Ned felt different but good and sexy.

Ned whispered into Jeff’s ear at the store, “You better put your thing in me tonight when we get back to your house, or I’m buying that big cucumber back there, baby.”

Jeff whispered back, “Oh don’t worry you’ll get plenty of Jeff here, baby, and I’m better than a cucumber. Just one condition, agree to be my girlfriend, and possibly my wife down the road, and I’ll let you have my juicy sausage right here in the back isle of the store.”

Ned dropped to his soft smooth knees and said, “Call me Natalie from now on baby,” before taking his buddy, no her boyfriend’s dick all the way in!

The two were caught by the cops, but Jeff turned both male cops into busty hookers, and they had more to worry about now that making an arrest, they had to worry about their own new forms, their new urges, and getting arrested themselves for prostitution! 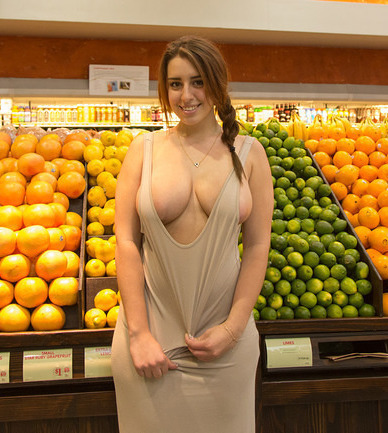