Tom got home to his flat and found a girl dressed in black leather. “Who are you? where is Andrew?” Tom asked. The girl got her phone out, and pressed something. Tom froze in place. “It’s me. I am Andrew” she said, “Well, Audrey now”. She walked around Tom while explaining. “I have this new app that can change anything about anybody. Even make them do stuff, any kind of stuff” Audrey said.

If it wasn’t by the fact that Audrey had had frozen Tom in place using the app, he wouldn’t believe her. “Come with me” she said, and Tom followed her. She openned what used to be Andrew’s room, and revealed it had all kind of women’s toys and whips. Tom was scared. “Over the bed is a purple latex suit, put it on” Audrey said while pressing something on the phone. Although reluctant, Tom took his clothes off, and put the suit on. He tried pulling up the zipper, but couldn’t do it, “It’s too tight” he said, thinking his punishment would be over. But Audrey pressed something else on her phone, and Tom’s body became thinner. “Now pull the zipper up” she said and he did.

“This is a woman’s suit” Tom said when he saw how awkward his cock looked inside the suit. “I wouldn’t worry about that” Audrey said and pressed something else. Tom’s hips widen, and his waist became
smaller. “Better?” Audrey asked. “Ha ha… no funny” Tom said. But Audrey continued with the changes. Teasing Tom. She made him shorter, grew his hair, turned his hands feminine, changed his face, and forced him to apply make up. “Ok ok… breasts” Audrey said, and Tom felt how he better fit the suit around the chest area. “One more thing to go” Audrey said. “Please don’t” Tom said as he felt and saw his cock retract into his own body, releaving the pressure he once felt of the suit on his crotch. 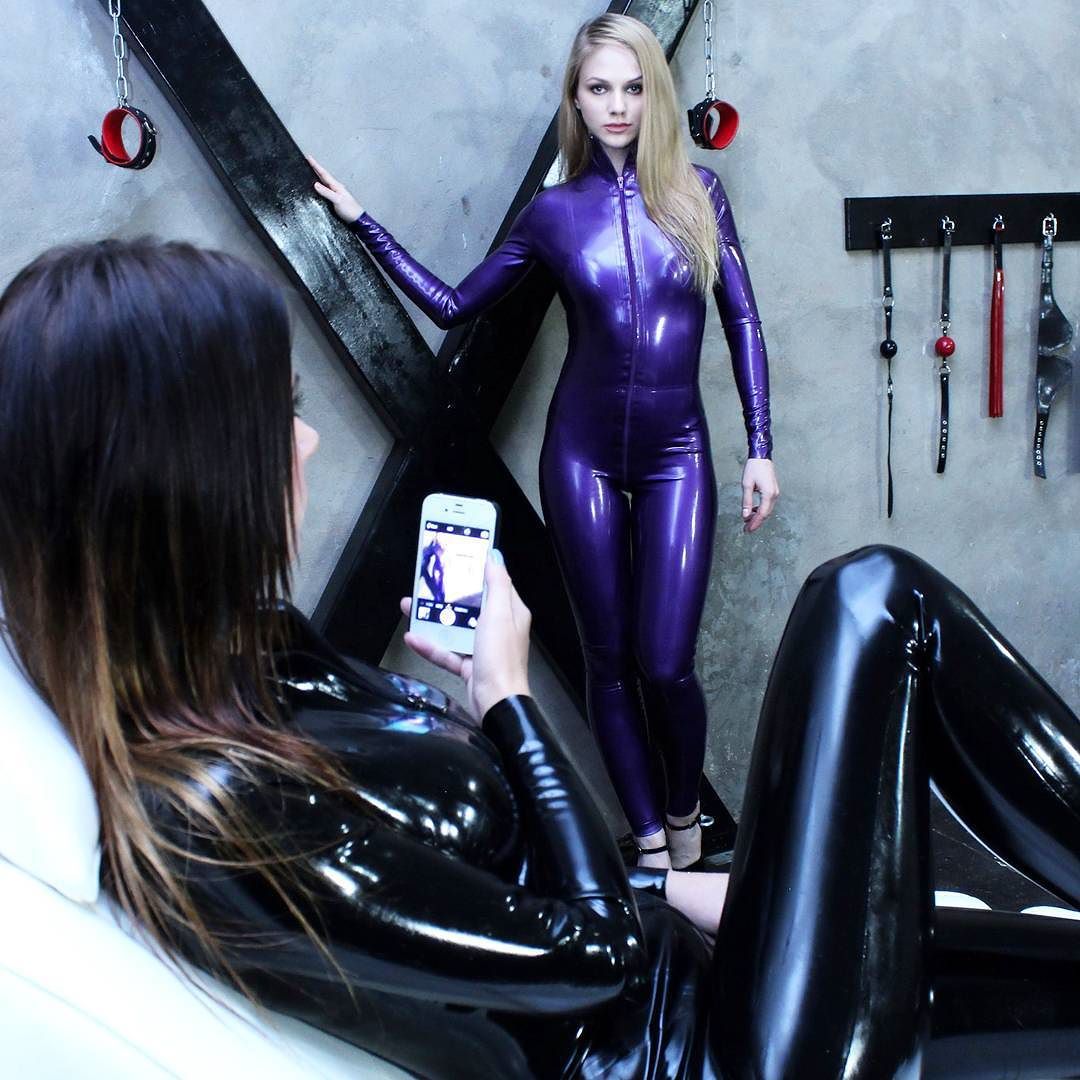