Kaylee was perfect in everyway. Perfect breasts, perfect body, great laugh, great at sex, intelligent, sexy and she sure knew how to please a man. She was everything a man would desire. There she was, having just exposed her breasts to her date, expecting him to jump over her and start licking and sucking those magnificent breasts. And her plan worked perfectly, no one could resist her charms.

It all started when Kanske made his wish “I wish to become the perfect woman”. Having read his wish, Genie knew there were two possible outcomes. She could be the perfect woman that every other woman envy. Or the perfect woman, that fullfills every wish men tell her to do. But Genie had lots of experience by now, and being this one of the last wishes she will ever cast, she decided to grant Kanske wish somewhere inbetween. “Wish granted”

Kanske was just doodling on a notebook, when out of the blue he wrote the name “Kaylee”. He didn’t know why did so. But he continued writting the description of a woman. 5’9″ he wrote the girls height, followed by her weight, 120 pounds. He started imagining his perfect woman, describing every bit, “long hair”, “perky breasts”, “round ass”, “smart”, “loves to please a man”. He couldn’t stop. The more he wrote, the more inspired he got. “She’s funny. Laughs at her boyfriends jokes even if they aren’t funny. Doesn’t nag”. It was the description of a perfect woman alright.

The ink on the paper started glowing pink. Kanske, quickly stood up, pushing the piece of paper away. But it was to late, he had sealed his fate. The letters from the piece of paper started to fade away. And they started to appear on Kanske’s skin. Like tattoos, they were covering his body. He tried wiping them off, but nothing happened. Then, as a third phase, the text started to get absorved by his body, changing him bit by bit. As the “perky breasts” text disappeared, perky breasts pulled out of his chest, and the rest of his body followed suit.

He was on the floor, confused. He knew his wish had been granted, but he felt like something was off. He took a look at his left hand, and the word “Kaylee”. It slowly started fadding away too. And at that time, he knew his name was now “Kaylee”, he had chosen it, he had described his perfect woman, and he was not her.

Kaylee took some time to learn how to act like a woman. She even had to watch online videos to learn how to apply make up, walk in heels, and so forth. Although she had to learn how to act sexy, it came natural for her. Reality changed around her. She still worked at the same company, but she had a different job post, and her responsabilities were different. She loved talking to men, and laughing at their jokes. One night after a date with one of her coworkers, one thing led to another, and she spent the night at his place. Although she was a little bit nervous, being this her first time, she exposed her breasts, hoping for him to jump over her. 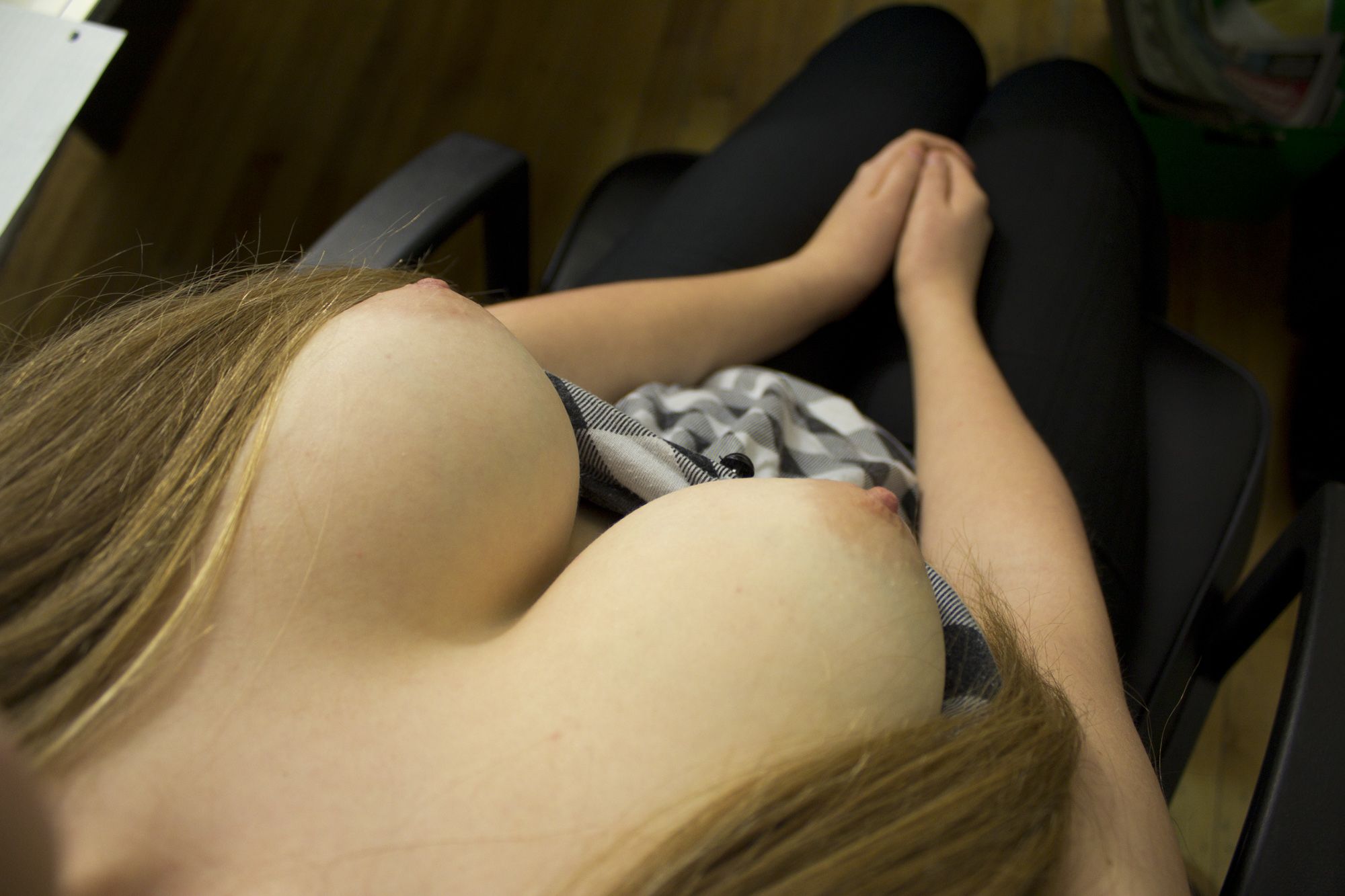