´”Yo! Randy! I`m home!”, James shouted out to his roommate but the abscense of an answer indicated that he wasn´t home yet.
“Whatever”

He picked up the mail, sorted it through, throwing half of it. “Damn commercials”, he muttered when his eyes noticed a small box on the counter. “What´s this?”, he said, picking it up and opening the lid.
“A crystal ball necklace? Seem´s out of character for Randy. Isn´t really his style”, holding it up against the light.
“Nice colors”.
He brought it to the sofa, staring intently at it. James sat down. The movement made the crystal move back and forth.
“Pretty”
Out of a whim he began to swing it from side to side in front of him, his eyes slavishly following the crystals movements.
“So pretty”
Without noticing it himself James began to zone out and come into a trance.
His eyes never left the crystal and the magic it held within began to find it´s way to the outside world.
The magic began to re-mold him, changing him. His hair lengthened and his features slimmed down, getting shorter and smaller. His clothes changed from jeans and a shirt into a pink and black lingerie.
All kind of changes rushed over him and changed him from a proud male into a docile female.
When the breasts had finished growing and the vagina finished forming the changes was complete.
The crystal wasn´t swinging back and forth anymore but her eyes was still fixed on it, the only movement she made was to blink and to breathe.

“James?”, Randy said when he saw the immobile girl in the sofa, who still was staring at the crystal.
No, it couldn´t be?
“James?”, Randy repated and this time he covered the crystal with his hand.
“Huh?”, the girl in the sofa acted as she had suddenly been woken from a deep slumber. “Randy?”, she said and rubbed her eyes.
“James?”, Randy said a third time.
“It´s Jamie, silly. Have I overslept or something? I feel tired”.
All the blood left Randy´s face. “Grandmothers heirloom. It was true”
Quietly he cried out: “What have I done?!” 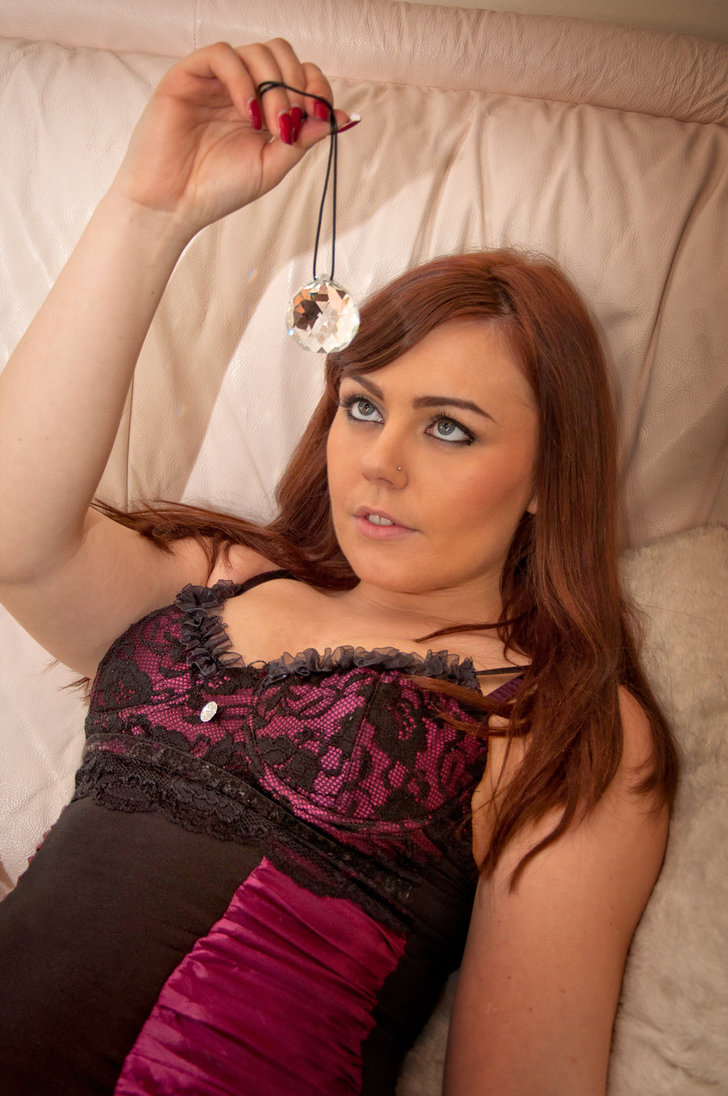