In our 6 years of marriage me and my wife agreed on almost everything besides one thing, children. My wife didn’t want to give up on her career and she was afraid the pregnancy would ruin her figure. I wanted kids so badly so I was trying to convince her that there is no problem with work after she gives birth, there are plenty of working mothers on high positons, my boss for example has two kids and she is doing fine. As for her figure she could always get it back with a some exercises like a lot of women did. That didn’t convince her, she still didn’t want to have kids.

One day after another argument about creating a family I ended up in a bar where I met my brother in law, Matt. He was struggling with the same problem since my sister Danielle was as devoted to her career as my wife and she firmly stated that she won’t be having any children. I joined Matt and ordered myself a beer. We were talking about our dreams of having kids, exchanging baby names and what kind of parents we would be. Matt was really sad so I tried to cheer him up. In my drunken state I jokingly said that if I was in my sister’s place I would love to have his babies. A woman sitting nearby overheard what I said. She came up to me and asked if I’m sure about what I said because she could make it happen. I thought she was making fun of me so I said that I really meant it. She smiled and then went back to her table. Shrugging it off I took another beer.

The next day when I woke up something was not right. My body felt weird and the place didn’t feel like my house. When I opened my eyes I saw Matt sleeping next to me. I think my heart skipped a beat back then. At first I thought I was so drunk that somehow we ended up in one bed but then I remembered that I got back home that evening. It was something more serious than just a drunken accident and I soon found out what it was as I noticed I’m wearing a nightgown and I have a woman’s body. A quick glance in the mirror confirmed my suspicions, I was in my sister’s body.

The loud scream woke up Matt and he quickly came into the bathroom where I was staring at my reflection in utter shock. When I explained that I’m not his wife but his brother in law he suggested we should see the woman from the bar since it’s definitely her doing.

That evening we went to the bar hoping she will show up. We waited for quite some time without ordering anything. As much as I wanted to calm my nerves with a cold beer I had to keep my mind clear. The woman showed up around 10 pm. I immidiately aproached her, demanding to turn me back. The woman said that she can’t do it. The spell she put on me was permament. I couldn’t belive it. I’ve just learned that I’m going to be my sister for the rest of my life. I was angry and I wanted to punch her but luckily Matt stopped me before doing something reckless. We went back home where I was supposed to start my life as Danielle.

It wasn’t easy adjusting to being a woman. Everything seemed to be so diffirent and I was having problems with simplest tasks like dressing up. How the hell I was supposed to know which shirt goes with which skirt? Or remember all the makeup tools I was supposed to use. It seemed crazy and impossible but with some time I was getting good at it. I was surprised myself how much feminine I’ve become over this time.

When I have come to terms with my new body Matt asked me if I really meant it, the thing I said in the bar about having his babies. I was stunned by the sudden question. I was joking back then but now since I’ve become Danielle that idea didn’t sound so bad. We discussed it on the same day and we made a decsision to try for a baby. Matt took me to our bedroom where we got naked and begin to work. I never thought I would say this but having sex as a woman feels great, far better than what I expirienced so far. When we finished we were laying in bed, wondering if we will become parents.

Few weeks later we got our answer. I was pregnant. I was so happy, finally I was going to be a parent. Sure I never thought I would be a mother but it was just a small detail I didn’t mind at all. Now here I am. 8 months pregnant and almost ready to meet my little baby. You can’t imagine how happy this makes me. Even if I’m now a woman as long as I’m able to have children I’m happy. Matt is a wonderfull husband, he cares about me and I can’t think of any better candidate to be the father of my baby. 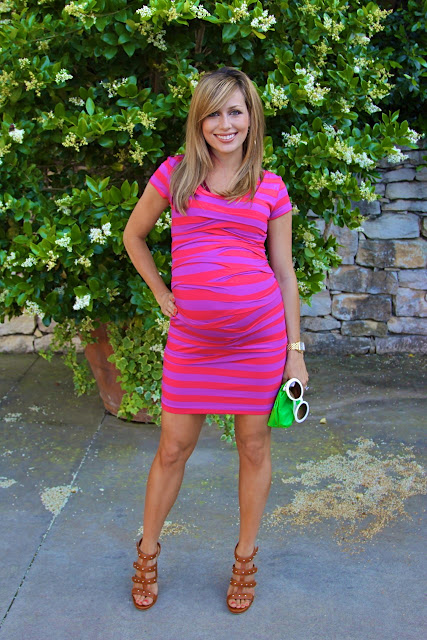