18 year old Andrew before the great shift was a straight A student looking forward to going off to college.

He was never in trouble with the law and never hung around with the wrong crowd.

But after he landed in the body of a 18 year old girl who was waiting at the same bus stop as him thanks to the great shift his life seemed to take a strange turn.

At first he saw becoming a woman as a hindrance he did not want to have to deal with getting used to a new body especially a female one.

He was not enjoying all the new things that came with it and in the space of a couple of weeks his whole personality had changed.

He stopped studying hard & started drinking and hanging around with the wrong people he would go out all night to raves and get wasted which caused him to do stupid things.

As he roamed the town in his little gang causing criminal damage graffiti and shoplifting not caring what he was doing as he was high off his face after swallowing some pills one of his friends gave him at the nightclub.

It probably would have just been a misdemeanor offence when a passing patrol car saw him drawing a massive dick on the side of the Post Office if he had not kicked the arresting officer in the nuts as he tried to handcuff him.

So he was now sitting in the county correctional centre waiting to be processed and hoping his mother would put up his bail as he did not want to spend a weekend in jail waiting for the judge on Monday morning.

He might act tough around his friends but inside he was just a frightened little girl. 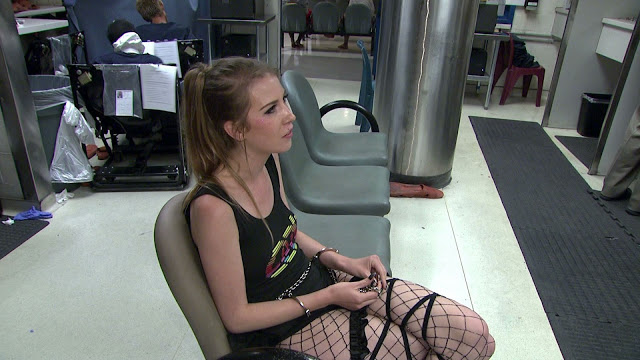