Can you see it?

“Hey dude, can you see my dick?” the brown haired girl on the right questioned. “Nah man, you’re cool. What about me? I’m sporting a serious hardon right now” said the blond looking at her slightly fat belly. “Guys be quiet, people are looking” said the girl on the left, her shifting around the crowd.

“Relax man, if my massive dick isn’t showing though this girls skin, then I think we’re safe” left girl said in a smug tone, a tone not to dissimilar from the three girls normal voices. “Shut up, your dick is tiny” the middle said hitting the other on the arm. “Oh, and how would you know, you been looking?” both girls descended into giggles, loud screams and telling the other to shut up.

The girl on the left stayed silent, her eyes glaring at everyone she was convinced they all knew that they were three nerd teenagers wearing their older sisters bodies. The three guys were totally unaware that as they walked they were forming camel toes and that was the reason people, especially the men, were staring. 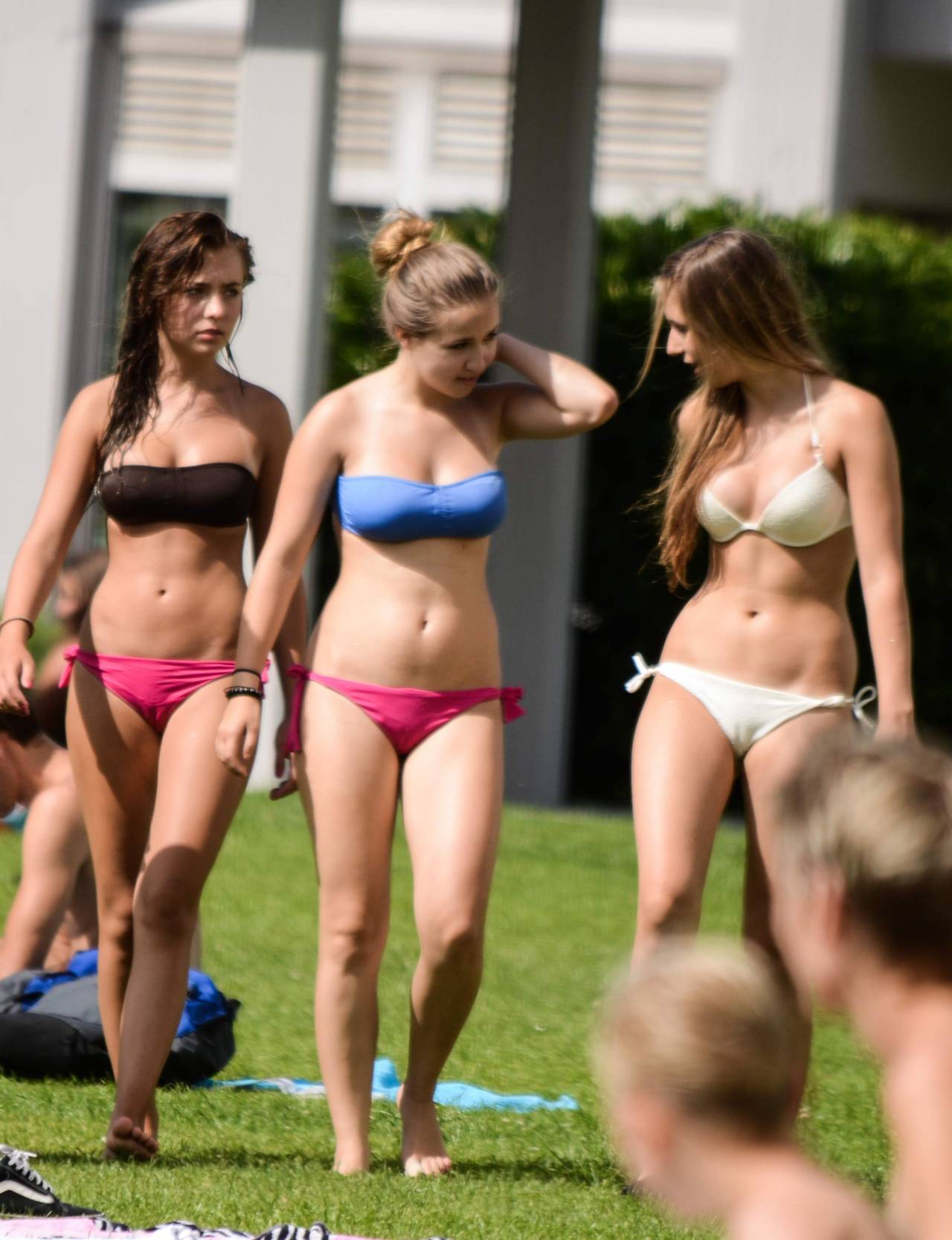