The party wasn’t much fun, Brian had to admit. It truly was different when he was the scantily-clad trophy wife who had to fake being an airhead and making small talk while men kept staring at his breasts. He owed an apology to Elena for dragging her out to these events despite her protests. And he felt sorry for mocking her magic hobby: her powers were obviously real.

First, though, Brian had to rest his aching feet. Damn, those heels did pinch. Brian sat down in a corner and marveled at the cushioning that Elena’s ample bottom provided him. His complaints about her huge butt had been a constant sore spot between them: he resolved never to be so critical in the future about her posterior.

Brian’s thoughts were interrupted by a playful slap on his big buns. He turned to find Elena grinning and apparently tipsy in his body. “Wanna go home now, sugar?” she asked, tugging at his white dress. Brian gathered his dignity before responding.

“I thought you’d promised to switch us back after the party, Elena,” he said, adjusting his long blonde hair. “I’ve learned my lesson now, so please reverse your spell when we get home. I’ll drive because you’ve clearly had too much to drink.” Brian started mincing toward the car, but he was stopped short by Elena’s clumsy groping at his ass, his hair, and the flimsy little twin ties that held his dress over his tits.

“I have to confess that I love being you,” Elena said. “It’s such fun being the Alpha male at these parties. Having a hard dick instead of a pussy. I’m not swapping us back, and I promise you that we’ll both be making the most of those big buns of yours when we get home and in bed. MY bed, woman.”

Brian’s eyes went round with shock. 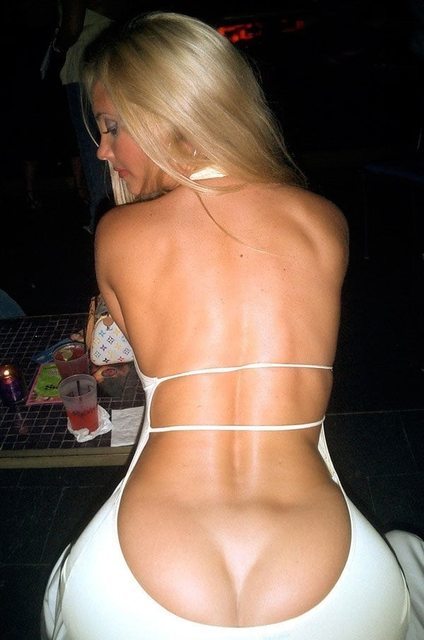