A Soft Round Bottom

Harry (right) asked Larry (left) if he like soft round bottoms on chicks, and he said yes.

Harry said, “Well… there are no chicks here, but I can fix that.”

Harry chanted, and grabbed Larry’s butt. Larry was about to protest, when he felt the changes, as his hands went for his new butt. Soon he and his friend Harry were both grabbing his new soft round bottom, underneath a pair of silky pantyhose! Larry hands even felt different, smaller and softer, with long tips of nails brushing his new soft skin. His new expanded chest was covered by a low cut top, revealing his new massive cleavage. He felt long hair cascade down his back, and had bangs tickle his forehead as well. Finally Harry stuck a finger into Larry’s bottom, sealing the deal!

Larry looked down at his new hooters, then grabbed his crotch finding a soft vagina, then said, “What have you done?”

Larry said, “I can’t believe this… I feel so weird!”

The new Larissa went for a mirror, and nearly passed out, her new appearance was so different now. She didn’t know what to do, but Harry might be right, no one would believe her, and she might have to just give in and be Harry’s girlfriend. With no ID or anyone connected him to his former life, he would belong to Harry if he wanted a place to stay! 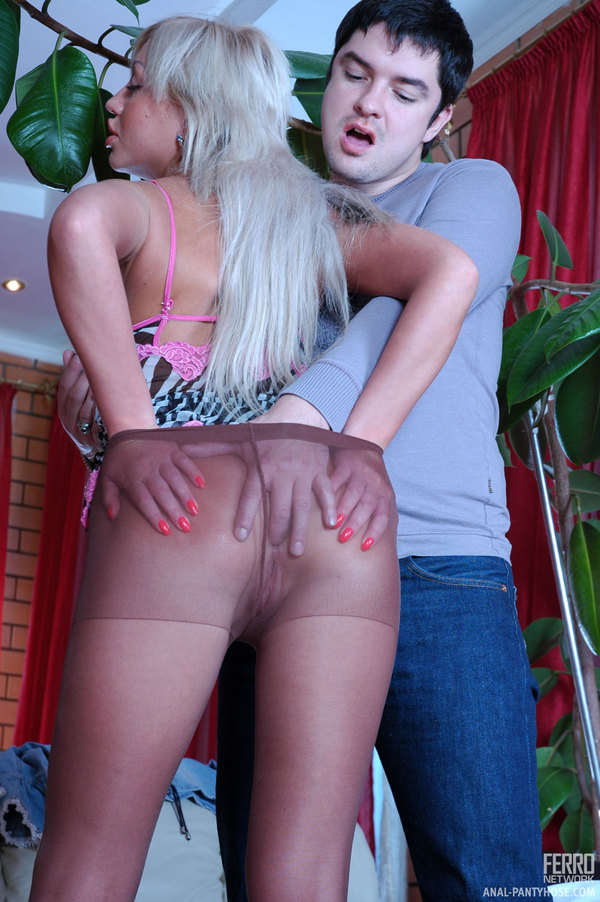