Wind from the east

Tom was walking to work, when he felt someone touch his arm. He looked back, but no one was there. The sun blinded Tom, so naturally he covered his face. He felt his hair and jacket being blown by the wind. It was instantaneous, the wind took everything that made him Tom and blew it away. Leaving a girl in his place. When she removed her hand off her face, she realized she was now a woman.

She was wearing heels, a denim short skirt, long jacket, and nylons. She could feel her long soft hair. She knew she used to be a man, but it just felt so right to be a woman. She continued walking, as if nothing had happened. Instead of arriving to Tom’s office, Emily walked to the school she was currently attending. Her boyfriend was waiting for her, she grabbed his hand, and after a short and cute kiss, they walked together to their clasroom.

In another part of town, Emily had been transformed into Tom by the wind from the east. Just like him, she got used to her new life in no time. She got to Tom’s office, and continued working as if nothing had happened. 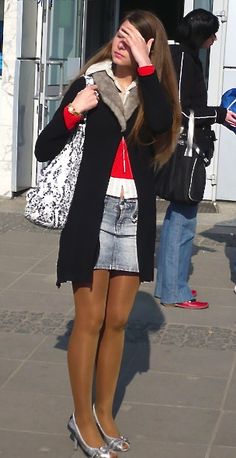