Where I Got Them Part 5

Alyssa came over that night, a bag packed with her pajamas and some other overnight stuff. I was already wearing mine: long pants and a plain t-shirt that showed off my growing boobs nicely. It was hard, but I had been managing not to stare at them constantly. Alyssa’s boobs seemed much less…impressive than I had thought they’d be, though I’d soon find out why:
“I can see you’re using the oil,” she said after a time, giving me an excuse to look down at my chest. “Unfortunately I haven’t been able to go out and buy any better-fitting bras lately, so I’ve been working with what I have.” So her bras were restricting her boobs. I considered it my duty to free those trapped girls.
“Well why don’t you go change into your pajamas then?” I asked. “I’m sure that would be more comfortable.” She shrugged, and walked off to the bathroom to do just that.
A few minutes later and she was back, and I could definitely see what she had meant. Even under her thick pajamas, I could see that large mounds of her chest. I was already starting to get wet at the thought, and I hadn’t even seen them yet.
“You know,” I said cautiously. “Maybe we should…compare our breasts? I’m sort of curious how much has changed between us.” She looked at me nervously, before saying, “Alright, I guess. It’s not like we haven’t seen each other naked before…” She zipped down her one-piece pajamas, and pretended to look at something on her phone, obviously nervous, as she opened the sides. As she did so I removed my own shirt, releasing my girls into the cool night air. When I threw my t-shirt to the side my eyes were met with:
“Holy shit!” I exclaimed. “Those things are huge!”
“I know…” Alyssa said shyly. “They’re heavy too, but I love the weight.” She threw her phone onto the bed and lifted a tit. Her hand sank slightly into the flesh, and I felt warmth rush over me.
“You’re nipples have gotten larger as well,” I said, noticing the wide area of pink that capped each of her tits, just as they did on mine. “Though I still have a ways to go before I get to your size…”
“Well,” she said. “I have been thinking about using the oil again… Maybe we could right now?…” I gave another look at her giant tits, and nodded. “Let’s do it!”

The water in the shower was running, the bottle of oil already inside, ready for us. She took off her pajamas slowly and stepped in, and I followed suit, trying to hide the moistness between my legs. It was taking every bit of willpower I had to not reach down there to satisfy myself right now, but I knew I had to wait.
We stood under the water, not saying a word for a moment, then I reached out for the oil bottle, and put some out onto my hand. I reached out, and gingerly began applying it to her tits. She was hesitant at first, but before long she was enjoying the sensation. After giving her boobs a thorough rub down, and poured a little more oil onto my hands, and went for her breasts again, this time putting a lot of focus on her nipples. A LOT of focus. I rubbed around her areolas, covering them in the oil before I pulled at her nipple a bit. She moaned softly, and I stopped. It was getting to be too much. It was her turn now.
She poured some oil onto her hand, and began to rub my own tits. The procedure went the same as it had with her, but this time on her second pour she decided not to focus on my nipples, to my disappointment, but on my ass. She reached down, and rubbed the oil into my butt, layering it on thick. I thought the oil only worked on breasts, and it probably did, but her hands on my rear was pure ecstasy. I moaned softly, but Alyssa didn’t stop as I had.
She reached for the bottle again, and tried to open it one handed. She managed to get the cap off, but it slipped in her hand, and splashed all over my chest, small amounts of it dribbling down my stomach and down my legs. I started to rub it. If it felt that good on my butt, how good would it feel elsewhere too?
Most of the oil spilled onto my breasts, so I started there, rubbing and rubbing until the pleasure was almost too much to handle. I rubbed it all away, and moved onto my stomach, bringing my thighs into it towards the end. I reached down, and started rubbing between my legs, I moaned, louder and louder as I thought of Alyssa’s giant tits, how much bigger they were going to get, until finally…
I orgasmed, juices flowing down my thighs and onto the shower floor. I slowly opened my eyes, and saw Alyssa standing over me, a look of disgust on her face.
“Did-did you just-and in front of me?” she stared at me, her mouth open. At least I think it was open, I was too busy staring about a foot below it. “And stop staring at my chest! Ugh! I’m leaving!” she shouted, storming out of the shower, pausing just long enough to dry off and get dressed before leaving the bathroom entirely. Moments later I heard the front door slam, and her car pulled away.
I just shrugged. I had seen her tits, and that was all I had really invited her over for. I thought about her breasts again, and reached down for round two… 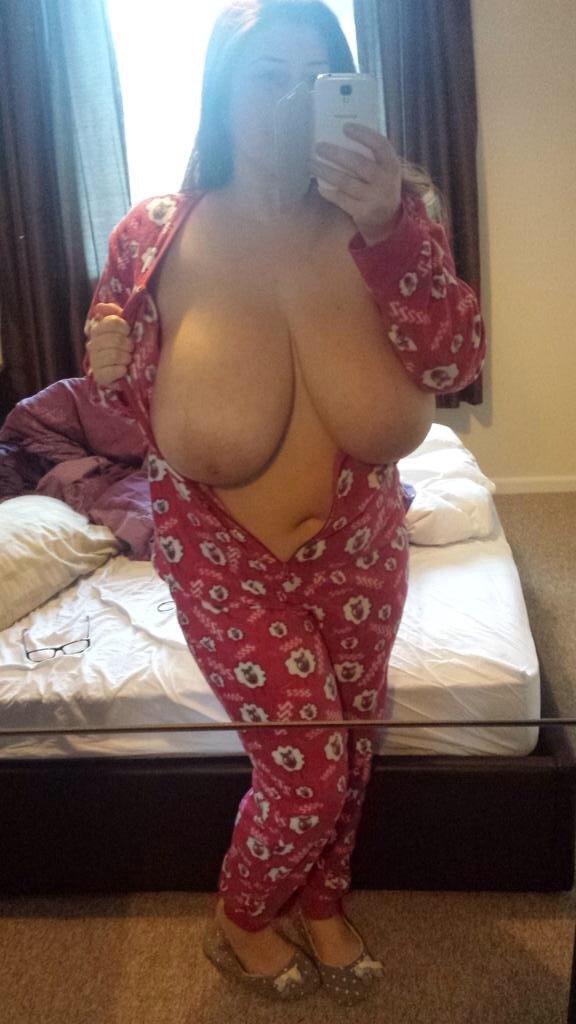