Turned into a French maid

Last week, Jacob’s girlfriend Ellie found a magic ring. He didn’t believe her at first, but she showed him how it worked.

“You just slip it on and think about what you want to turn into. You can even use it to transform other people.”

At first, they only did minor transformations. Ellie turned her hair from brown to blonde and gave Jacob a six-pack. It was fun messing around, but soon the ring was used to make bigger and bigger changes. Ellie turned into a black supermodel, with Jacob as her bodybuilder boyfriend. It wasn’t until they left the house that they discovered the ring’s magic also changed reality – it was as if they’d always been this way. Jacob loved the jealous stares he got going out in that body.

Soon Jacob and Ellie started making bets with the ring. Ellie bet Jacob that he couldn’t beat her at Mario Kart and had to spend the rest of the afternoon as a sexy 18 year old cheerleader. In retaliation, she turned Jacob into an equally sexy blonde.

“It only seemed fair,” Ellie giggled.

“Is that so, Jacqueline?” Ellie said, touching the ring. “You seem pretty girly to me!”

Jacqueline brushed a strand of hair out her face and looked down at herself.

“Well of course I’m a girl, but do I have to wear this ridiculous maid outfit?” she asked, gesturing at her skimpy costume. The skirt barely went to mid-thigh, and her waist felt like it was being squeezed impossibly tight.

“It comes with the job,” Ellie said. “Besides, I wouldn’t want my personal French maid to wear anything else, would I?”

“That’s what I thought. Now, when you’re done cleaning, come see me in my room. Maybe we can get you out of that outfit after all, my sweet Jacqueline.”

Once Ellie left, Jacqueline sat on the hard wood floor. Her hands went to her thighs – Ellie had given her panties, at least, but she felt an unfamiliar sensation coming from down there. Then, as her hand brushed her clit, she nearly passed out. She had never felt anything so pleasurable before. Cleaning could wait – she needed this, right now. Everything else seemed to fade out as she began to stick her fingers in…

From down the hall, Ellie watched, giggling. She had made Jacqueline’s body extra-sensitive down there. She was hoping she wouldn’t find out til they were together, but it wasn’t so bad to watch her sexy maid finger herself. She’d get to join in on the fun, soon enough. She had a feeling Jacqueline would be around for a while. 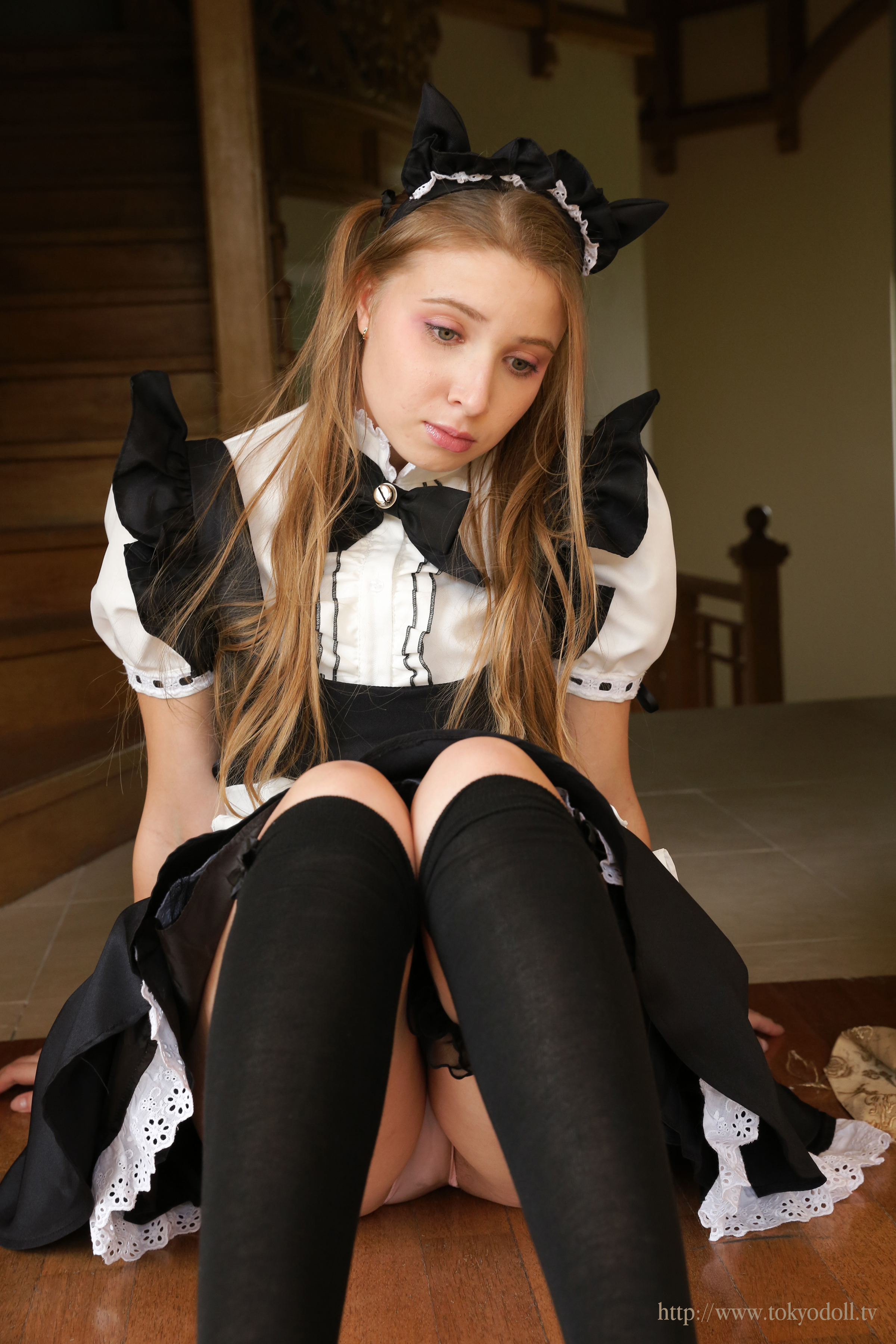