The Isle of Femininity

Somehow, Terry was off course, on his yacht, and crashed on a rainy night into an island. When he woke, he was on a beach, the sun was out now, the storm long past, and his yacht in pieces, stranded. This wasn’t the entirety of what happened however. He was on the Isle of Femininity, a remote hidden island that no one had discovered as of yet, perhaps because of it’s magical properties.

Terry once a retired old man, age 76, was now much younger, possibly even 18 now, but was a female also! He had lost 58 years of aging, but was a girl now! He felt so different, so soft and supple now, but the sand against his smooth skin, and the sun on it, somehow did feel kind of nice as well. Upon exploration of the island, Terry would find out it was the Island of Femininity, and that if he stayed on the island his form would become permanent in a month, whether he left or not at that point. If he left before a month, his changes would revert, quicker if he did it sooner rather than later.

With Terry’s yacht all but gone, he would have to build a new boat from scratch, and none of the native women on the island wanted to help or even offer. They told him he crashed there, he was on his own. He didn’t know if they just wanted him to stay or just be stuck as a woman, but he realized if he wanted his manhood back he would be on his own. He asked what about his age, and they said he would be old again, just as he arrived.

Upon sleeping on it under the stars at the beach, Terry decided to just take his time on the boat, and if he left after a month he could keep his youth, though would be a female. He could live with it, he thought, he didn’t feel all that bad, in fact he felt better in his new body than he did as a boy when he was 18 so many years ago.

Four months later, the boat was ready, and the female inhabitants begged him to stay, he had made good friends with many of them. He decided to leave, and come back later, but they warned him he found the island by a chance encounter of circumstances, and would probably never make it back again. Finally he decided to leave the boat and stay, using it as a home instead. He had a life there now, was happy, and had many friends who helped him in his newfound femininity, allowing him to even embrace it. They were happy he or rather she stayed, and live a very fulfilling life afterward as just one of the girls on the hidden island. 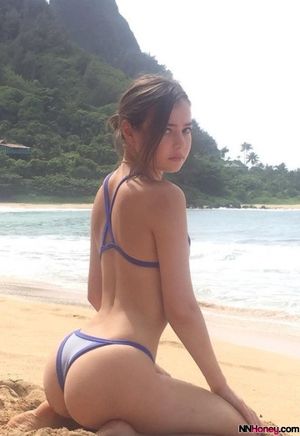