Joel was a frequent attendant of at his local gym, he was by no means super in shape but he was attractive. He noticed the gym had some new exercise bikes. he put on his music and started peddling.

it was strange, as he peddled it felt as if the fat on his body was moving around. Specifically his butt felt like it was shaking around as he peddled. Even his crotch had the strangest boner.

“Huh?” What did this guy just call Joel.

That’s when Joel looked around and saw, his body was much rounder, specifically in the ass region. His butt was big a plump, his chest was also sticking out and his pants were noticeably empty upfront. It didn’t take Joel much to figure out he had somehow become a girl, one with a huge ass.

Seeing this big strong man in front of him was giving Joel a strange sensation in his new pussy.

“What’s your name girl?” The man asked starting to do reps, his muscles bulging.

“Joleen.” she said swaying her hips as she walked over to her next workout, her and the man checking each other out, till they left the gym together. 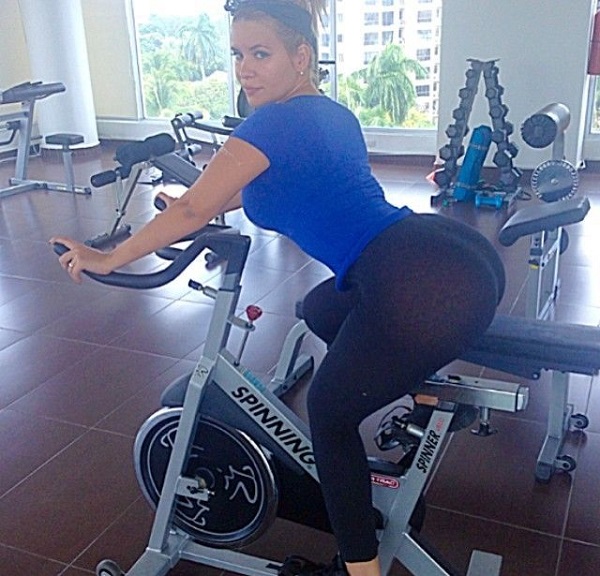