The dark art of swapping

Sitting at home, Luke was bored and alone. His parents were out and so was his creepy older sister. Usually, when he was bored, he would go upstairs to see his sister, which she would find annoying. He wasn’t trying to be annoying, but his sister was weird and he’d often wondered what she was doing. Her room was dark and creepy, filled with fake skulls and weird candlesticks – it was like B-Movie horror film. Last time he saw her – this morning, she was holding a large and thick black book. However, it was closed. Rather than tell him to “piss off” as usual, she hurried him out of the room. Luke thought nothing of it , up until now. She left in the early afternoon with her parasol as she hated sunlight. However she needed it – without light there is no dark, and she was trying to practice her first spell in the dark arts and her family weren’t aware. She took the book with her and left. Out in the park, she chanted “Darkness come to all nearby!”. However, what she thought was simple spell to cover the park in the shade actually had a different meaning entirely. The book had vanished! That wasn’t her only shock though, a few seconds later she found herself at home in front of the TV as well as in her brother! Luke was even more shocked. His Adventure Time episode would have to wait. He saw he was now in the body of his sister. He had never got a good look at her as she disliked him being around, but seeing her now, he saw how pretty she was. Luke quickly brushed away those thoughts as he realised how awkward it will be to walk home! 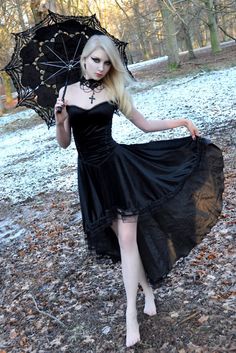