If there is one thing Lorenzo Donati did not lack, it was certainly ambition. His unprecedented rise to the top of Venetian politics was fueled by that most basic of human vices–greed. He wanted money, wanted power, wanted the world for himself, and he was willing to do just about anything to get it.

Such an all-encompassing drive is no more better manifested than in the midst of his greatest failure. Through a variety of clever, underhanded political moves, Lorenzo found himself engaged to be married to the Contessa Giada, an advantageous marriage that would have poised him to make the final leap to the title of Doge of Venice. However, when Contessa Giada protested her marriage to Lorenzo, instead insisting she marry Lodovico Mancini, her father’s elderly heart was softened, and the wedding was cancelled. Three months later she was wed to Lodovico, and Lorenzo found himself in an unexpected bind. He would have to improvise.

Let it never be said of Lorenzo that he wasn’t willing to go to great lengths to achieve what he wanted. If the Contessa wouldn’t have him, he would have her, in the most literal way possible. Taking a few days of absence from Venice, Lorenzo journeyed the coven of the Eastern Witches, who took up residence at the source of the Piave River. He’d heard what the Witches were capable of, and he knew that for the right price they would be able to help him.

In return for a significant sum of gold, the Witches gave him a finely-carved needle of iron, and told him to place the blood of the one he wished to possess on its tip. Then, he was to prick his own finger with the needle, and the ritual would be complete. At first Lorenzo considered possessing Lodovico, but he knew that none in the Venetian Court took him seriously. Such a jovial oaf would be ill-fit for Lorenzo’s devious purposes. The Contessa, on the other hand–such a widely respected and revered woman could provide him just the power he need. Additionally, sex appeal was not out of the question: the Contessa was not known to be promiscuous, but things could certainly change.

Upon his return to Venice, Lorenzo invited himself to Lodovico’s estate for dinner under pretenses of making peace. Lodovico welcomed him with open arms, but the Contessa was justifiably wary. As the three spent the evening making apologies and discussing the bright future of their fair city, Lorenzo quickly and subtly jabbed the needle into Giada’s shoulder. She complained of insect bite, but nothing more. As the evening dragged on, the Contessa excused herself to her room, and subsequently Lorenzo said his farewells as well. Walking the road back to his home, he could hardly contain his excitement at what was to occur. He had initially planned to prick himself upon arriving home, but the anxious prospect of his brilliant move was too exciting. He jabbed the needle into his arm, and the world shifted, blurred, and faded out.

With a sharp gasp, Lorenzo awoke disoriented and winded. He felt unnaturally constricted and short of breath, and the suddenness of his awakening caused him to trip over his own feet and tumble to the floor. Lorenzo ran his hands over the carpet–the same Arabian carpet Lodovico had bragged about purchasing at dinner. He stumbled to his feet and looked down, only to be greeted by a heaving, feminine chest encased in a tight bodice, rising and falling heavily in exhaustion. Struggling through layers of fabric, he shuffled over the mirror and was overjoyed to find himself gazing into the soft features of the Contessa Giada.

It was true! He thought with glee. The Witches did not lie! He had truly become the Contessa! To hold such power over the Venetian court…truly this was the beginning of his takeover. He experimentally moved his hands, noting how different it felt to be in a new body. It would certainly take some getting used to.

Lorenzo’s breathing was shallow and sharp, being unused to the confines of such a tight bodice. He began to feel lightheaded and his heartbeat pounded in his head. He needed to breathe, or he was going to pass out. With awkward, fumbling hands, he struggled to undo the Contessa’s bodice, ripping lace and string away to relieve some of the pressure. Becoming quickly frustrated, he abandoned all attempts at finesse and ripped at the clothing, tearing it at the seams and sending the whole outfit toppling to the floor. He took deep, heaving breaths, finally able to breath freely.

It was with substantial shock that Lorenzo realized exactly what he had done. The Contessa now stood almost naked, the truly immaculate nature of her physique fully revealed to Lorenzo for the first time. She was a goddess: large, supple breasts hung from her chest, smoothly transitioning to the gentle curve of her waist in shades of smooth, tan skin. Her wide hips and ample rear were hugged by the only clothing left on her body–a tan undergarment of some kind, which accentuated her curves with surprising sensuality. Lorenzo had always known the Contessa was beautiful, but he never believed she could be this flawless.

Tentatively, Lorenzo raised a feminine hand and cupped his left breath. A tiny shiver ran through his body–so sensitive and pure. He began to run his hands up and down the hills and valleys of his new body, taking immense pleasure in physically experiencing what he had only dreamed of seeing before. Cautiously, he slipped a finger down his undergarment and ran it along the crease of his vagina. He let out a small cry–such sensation from so light a touch!

“Starting without me, Giada?” a deep voice rumbled from behind Lorenzo. He spun around to see Lodovico, standing grinning before him and removing his garments. “At last we are alone,” he intoned.

Lorenzo desperately tried to protest, horrified at the prospect of what was about to happen, but something inside him would not let him. What manner of witchcraft was this? Did the witches not give him full control over the body? Or was the body simply responding in the way it had been conditioned, to stand before an undressing Lodovico?

Lodovico removed his shirt and trousers, revealing his impressive manhood, which was dutifully already standing to meet his wife. He walked forward, unbridled lust etched across his face. Lorenzo’s plump lips quivered with a mixture of fear and arousal–the male part of him was crying out for resistance, but the new, female part held its ground, taking in Lodovico’s athletic physique with admiration. With horror, Lorenzo felt the Contessa’s vagina quiver and twitch, fluid oozing from the crease in anticipation.

Pressing his body deeply against the smooth curves of the Contessa, Lodovico took his wife in his arms and kissed her, his tongue exploring her mouth with lusty abandon. Lorenzo could not fight back, her newly-found feminine desire compelling her to reciprocate. She threw a smooth, supple leg around Lodovico’s waist, pulling his pelvis into hers and lustily grinding his penis through the fabric of her undergarment.

Lodovico picked the Contessa up and tossed her onto their ornate bed, ripping off her underwear and spreading her legs apart roughly. Lorenzo thrusted her hips toward her husband in anticipation, a low, sensual moan escaping her lips. Lodovico prompty answered her cries and shoved his manhood deep into her, causing her to arch her back and let forth a primal cry of euphoria. Lodovico’s penis pulsed and slid deep within her womanhood, send wave upon wave of ecstasy over Lorenzo’s addled mind. Why had he possessed the Contessa in the first place? He couldn’t remember. Perhaps it was to experience intercourse as a woman–he was certainly enjoying it right now!

The rest of the evening was all sweat, fluid, and lust, as what was left of Lorenzo disappeared into the Contessa in a whirlwind of pure pleasure. Lorenzo’s old body was found dead on the way to his home, and it was buried with much pomp and circumstances by the city of Venice. 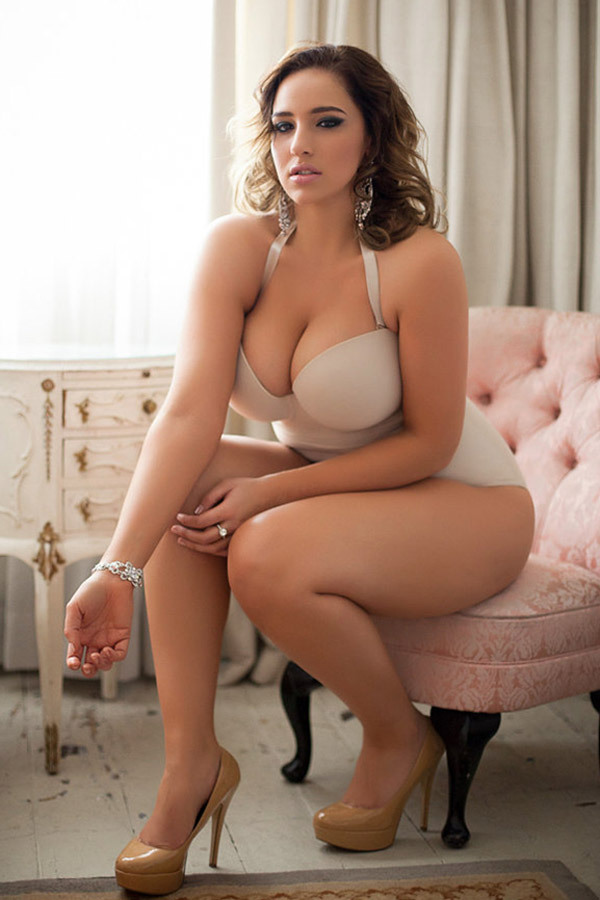