Stuck in her skin Part 1

Looking down at my round belly and placing my hand on it, I couldn’t help but think back to how this all started. Only one month ago I was an eighteen year old man named Ryan now I’m Chelsy a seventeen year old expecting mother. It all started when Chelsy my childhood friend came over for dinner one night. I noticed she seemed distracted lately, plus it looked like she had gained some weight seeing the small bulge on her stomach. After dinner she asked if we could talk in my room. No sooner had she closed the door than she turned and tackled me to the ground, pressing a strange medallion to my chest, Before I could say anything I blacked out. When I came to an hour later I knew something was wrong. I felt a weight on my chest that wasn’t their before, my underwear was riding up my ass and their was a strange empty feeling between my legs. Suddenly I heard a voice from behind me ask if I had a nice nap. turning around I was shocked to see my self sitting on my bed smiling at me. Freaked out I ran into the bathroom locking the door and falling to the floor letting out a sigh of relief.

Hearing the feminine sound come out of my mouth I looked down and turned white seeing two firm C cup breasts staring back at me under a blue tank top. Standing up I looked in the mirror and was shocked to see not my reflection but that of my friend Chelsy staring back at me. Out of no where I felt really sick, falling to the toilet I got violently ill. I heard a voice at the door ask if I was ok, my voice. I replied that I was fine, even that it was the farthest thing from the truth. I cleaned my self up and went back to my room seeing my body sitting on my bed smiling at me. I closed the door ,sat down. Asking Chelsy how this happened and why she would do this. As soon as I did Chelsy explained that we swapped bodies using a one of a kind medallion that she had bought online, And the reason should be obvious after I got sick. I told her that if she had the flu she could just see a doctor. hearing my response she laughed. She reminded me of that night one month ago when we had sex for the first time, I remembered. We were life long friends and since we trusted each other we both decided that our first time should be with each other .

She nodded and said that two weeks after that night she started feeling sick so she took a test and sure enough she was pregnant, or now I was, she smiled. She went on to say that by how big my stomach was I was probably having multiples and since I was the one who didn’t wear a condom it was my fault so I should be the one to Carrie the babies. I was horrified, looking down I lifted my shirt and placed my hand on my belly gulping. She went on to say that while I was out she hid the Medallion in the house somewhere I would never find it, and if I wanted my body back I would have to Carrie the babies to term. She also listed off other conditions. She told me I would also have to keep her grades up and her weight down because she didn’t want to be fat when we swapped back, also I would do everything she asked me to. Also I would not tell anyone that we switched bodies and if anybody found out she would destroy the medallion and I would be stuck in her body for ever. She smiled and told me if I was good she might just switch us back before in give birth. Since I didn’t have a choice I agreed. She smiled and told me she would see me a school tomorrow before walking out the door she laughed saying she hadn’t told her mother yet and I should have fund doing that in her place.

I sat on the bed processing the situation as best I could. After half an hour I got up and walked unto the bathroom and wiped the tears from my eyes and did several impressions of Chelsy until I thought I had it down. I walked out the door seeing Chelsy sitting in my body sitting on the couch watching TV. I said goodbye and slowly walked how the street to my house. once I got to Chelsy’s house I walked in and was immediately greeted by Chelsy’s mother who asked if I had fun. I faked a smile and said I did. Hurrying to Chelsy’s room I closed the door and looked around. I guess this is my room for the next eight month, I started going through the dresser’s finding out where everything was kept. looking through drawers I found a pregnancy test with a positive symbol on it. I sat on my bed looking at it for what felt like hours, my mind drifted off with a million different thoughts. I could get rid of the babies but she would destroy the amulet for sure, or I could tell some one but they would think I’m crazy.
For now I guess I’ll have to do as she said. I decided to take a show, getting undressed I looked at my new form naked in the bathroom mirror my skin was now very soft, I also noticed how much smaller I now was. It was awkward showering washing all my new features . afterword’s I got dressed and went to bed hoping when I woke up tomorrow this nightmare would be over. 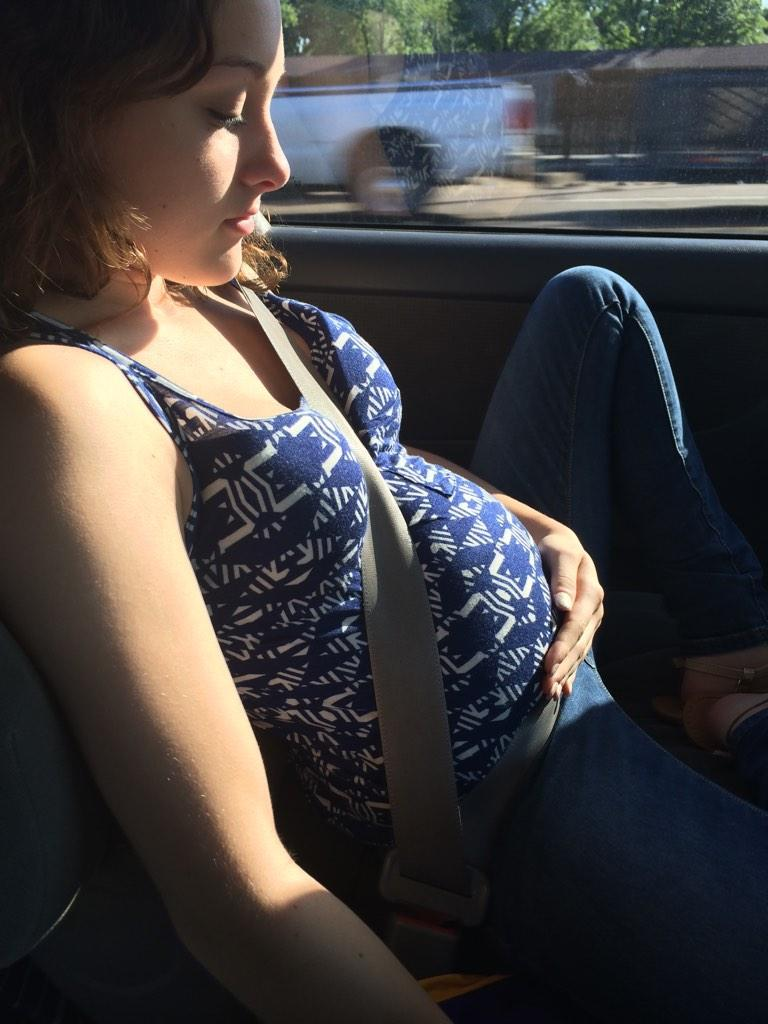