I loved his look of fearful submission. He knew that he didn’t like his current situation. But he was smart enough to know there was nothing he could do to change it. The desperation in his eyes was perfect.

Now let me explain, I loved my boyfriend. But he could be difficult sometimes. In the beginning I convinced myself that our racial differences weren’t going to be a problem. I’d dated white guys before, and he didn’t seem to mind that I was asian. But slowly, once I spent more time with him, I started to realize that he had a pretty backwards view of the world. At first it was just offhand comments. Making fun of my eyes and things like that. I tried to ignore them and give him some leeway. Everybody makes a bad joke now and then. But when he asked me to do an accent in bed, that was the final straw. I was not going to be his fetish. I had to teach him a lesson.

One day I asked him an important question.

“Yeah, of course.” he said. He wasn’t paying much attention.

“But do you really trust me?” I pushed him further.

He looked me in the eyes and took my hand.

“Well if you need to hear it, then here it is. I trust you with my life.”

“Excellent.” I smiled and rose to my feet. I breathed deep and set my mind to work on him.

He was still for a moment. Then I could see the discomfort register behind his eyes as my changes started to settle in. His face flushed a porcelain shade of white as his arms started to thin and his lips blushed. His eyes stayed plastered to mine as his shoulders surrendered to my will and I cleaned the muscle from his frame. I wanted him to feel weak. Helpless even. Desperate for the strength he’d once known. I shifted his eyes from blue to a cutely demure shade of gentle auburn, and I smiled as a permanent look of coy submission settled onto his gaze. I stripped him of any chance to look determined or strong.

He jumped to his feet and tried to get away. I imagine he was starting to understand what I was going to do to him. And I imagine he didn’t like it. But he had already surrendered his will to me. He had trusted me with his life. So I shrunk his legs and his stride and he tripped out of his oversized jeans before he made it to the other side of the room. I made his hips bloom as he turned back to face me, and I swelled his ass thick and glorious as he swiveled. It would bounce behind him everywhere he went, and I wanted him to notice it. I wanted him to feel what I made him in every moment of his days. I even made sure to shrink his feet. I wanted them small and delicate. The kind of feet that men mock and joke about. I wanted him to be a spectacle.

His hair turned from blonde to maple brown and fell past his shoulders long and straight and shiny. I wanted him to brush it. It would be the first part of his every day. I walked towards him as I made the final touches. I took a few more inches from his height. I wanted to strip him of the power to command attention. Now he would be a follower at best. An afterthought more likely. Something delicate and needing protection. Finally I stripped him of his manhood, the ability to fill another. She cooed as I gave her a slit instead. I made her tight and her body sensitive. She would crave to be filled before too long. I blossomed her chest, big and ample. Maybe moreso than was fair for her tiny frame. But I didn’t care. I wanted her to be an object. I wanted her to be wanted, and to know what it was to see someone leering. To know that all they wanted was to take your body, and do with it what they pleased. I made her weak-willed, submissive, and built in her mind the idea that she was a thing to be played with, and disregarded. I left his mind intact. But I built her ideas around it. He could fight, but she would always be there, nagging at him, driving into him the idea that he was just an object, a thing, a fetish for another. Before too long he would submit.

Finally I stripped him of his race. I turned her eyes to slants and her face to a perfect little point. Her nose was tiny, button shaped, and altogether she was the type of woman that men would treat like a girl. I eyed her chest and without a word she opened her shirt. There was fear in her eyes as a bra appeared around her breasts, lifting them together into a valley like something from a wet dream. Soft panties wrapped her pussy and held her ass. A schoolgirl’s tie appeared around her neck. I looked down into her fearful eyes and willed her to speak.

“Why you do dis?” Shock registered on her face as she heard her own delicate and accented voice. I’d stripped her of her voice and her English as well.

“Because you deserve it. And because you need to learn a lesson.”

“I no wan’ to rearn. Dis…no fair!” I could see frustration building in her eyes as she struggled to use her native language.

“You need to learn what it’s like from the other side. As a woman, as an asian, as someone who doesn’t get respect. I want you to know what that’s like. I want you to live life as what you thought I should be.”

She pouted. I imagine she was trying to look mad, but with her big eyes and her soft lips, even her rage was adorable. She couldn’t help but look like a doll. A plaything. Something to be used and then ignored.

“No,” she said, trying in vain to sound imposing.

“No?” I said with a grin as I took a step forward and glared down at her, emphasizing her newfound small stature, and making it all too clear who had the power, “Are you saying no to me?”

I pushed up against her and grabbed her by the wrists. I threw them above her head and held her against the wall. She had to know that I was in control, that she was weak. That there was nothing she could do now to fight me. She shuddered.

“Well what are you going to do then?” I whispered into her ear and nibbled on her skin. She breathed deep and I felt her shiver. I released one wrist and fondled her ample breast. I made her mine. She closed her eyes and glanced downwards. I could see her struggling to hold back a sigh.

“Sorry what was that? I couldn’t understand you. Your English isn’t very good.” I tweaked her nipple and she moaned. She struggled for a moment beneath me but then her hips started to grind against my body. I’d made her sensitive and submissive and now, just as I’d planned, she was struggling to put up a fight

“Oh you’ll run away?” I grabbed her by the chin and forced her to look me in the eyes. “But then how can I turn you back?” I kissed her cheek.

“Turn back?” Her adorable face looked perfect in its naive happiness. She thought she had hope.

“If you play along and learn your lesson. Then I’ll turn you back.” I left her body alone for a moment. “Do you still trust me? You said you trusted me with your life.” She put her chin to her chest and looked at her feet. She didn’t respond. I reached into her panties and started to massage her clit. She moaned and I reached inside her, pierced her soaking pussy, and pulled her close to me. She wrapped her arms arms around my shoulders and I felt her legs start to buckle as she moaned. I whispered in her ear. “Let me make you mine. Say your name is Yumi.” She was breathing heavy and sucking on my neck. “Say it.”

“No,” she managed between panting breaths, “I…man.”

I smirked and nibbled on her ear as she moaned. “Well, if you ever want to be a man again you’ll do what I say.” I plunged my fingers deeper inside and her body responded. She was wet and hot and weak in my hands. “You’ll submit to me and let me strip you of your manhood. You’ll do what I want and be what I want and then, if you do it well enough, then maybe I’ll turn you back.” She bit her bottom lip. “Otherwise this is your life, your body, your mind…forever. So,” I could feel her coming close to climax, “this is it,” her pussy was tightening around me, “what do you say?”

“I..” she bit her lip again as her body started to shake.

“I…” her legs fell out from underneath her as I pushed her against the wall and stared into her eyes. In a moment she sprung to life as I watched the joy and pleasure flood her tight little body. She started to shout in between her moans and gasps for air. “I Yumi I Yumi I Yumi I Yumi.”

I smiled as I pulled away and let the new girl slump against the wall, her pussy wide and wet and still pulsing. This was going to be fun. “Alright,” I said, “you’re Yumi. Now let’s get started.” 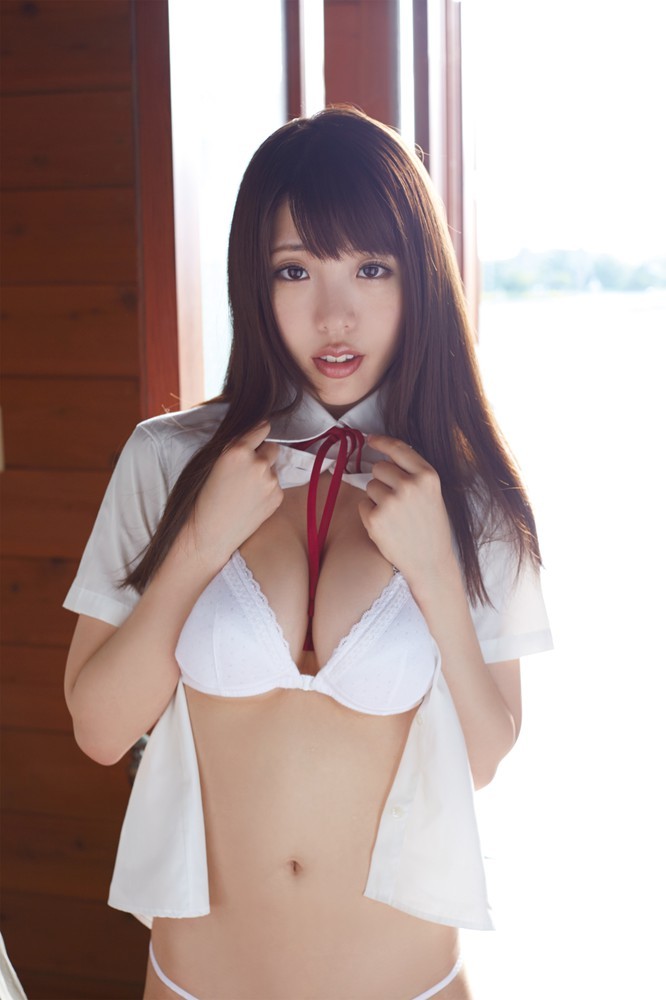