You knew that she come here sooner or later. All you needed was to wait.
The girl Kayla have been your goal from day one, the day you found out about your abilities.
Now you was hanging in the ceiling as an gelatinous blob, waiting to strike out.
All too often she had passed through here with a companion, making it impossible to carry out your plan.
…
She´s coming!

She was taking long and confident strides that only someone of her stature could. The timing had to be perfect.
Just a little bit closer.
Almost.
Now!
You dropped from the ceiling and hit her square on, covering her totally with your current body.
“EEEEK!
“EEEEW”
Kayla was shocked at what did just happen, then she began to scrape you off her.
You did as you hade practiced on so many times before. You began to seep into her skin, rills formed and moved towards any body cavity she had. Ears, butthole, vagina, nose and mouth, you entered them all.
She felt the intrusion of her body everywhere.
Quickly you managed to gain control of her legs so she couldn´t run off. Then the control of her arms so she wouldn´t hurt either herself or you. Her mouth was already muffled by your being so she couldn´t scream.
You had her exactly where you wanted.
Tendrils travelled all around her body and strengthened your grip on her until you finally had complete control. Parts of your original body was still on the outside but you did what you could to absorb it.
Didn´t matter much though.
You had what you wanted.
The body of Kayla Summers, the hottest girl in college. 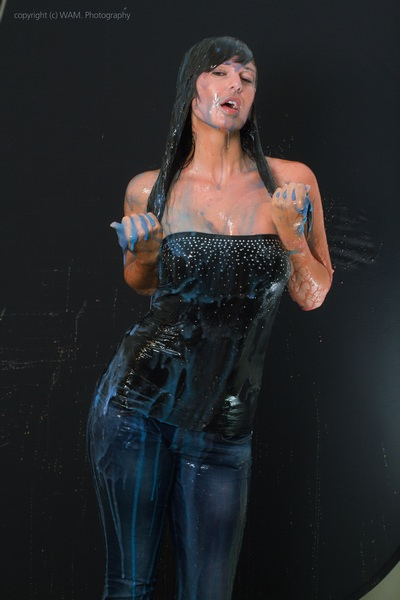