Jack poured a shot of vodka for each of us and we both quickly threw it back. I nearly gagged, not a big fan of liquor, but found myself better able to tolerate it with my sisters taste buds. Almost immediately after that, Jack threw his arm around my shoulder and drew me in for a kiss. He caught me off guard so when he landed his lips on mine I had little choice but to kiss back, though I wasn’t happy about it. He slapped my butt really hard and disengaged from my lips to pour another shot. I rubbed my ass, it still stinging from his smack.

As we drank and talked he held most of the conversation, which centered mainly on him bitching about his work day. As I drank more vodka I found myself getting looser, and even found myself able to forget about my huge boobs and my lack of dick and everything else for a few moments at a time. It really helped as he kept staring at my tits, rubbing at his tented crotch.

“Aren’t we supposed to be going to the club?” I asked nervously. He withdrew some, still horny and still drunk however.
“Yeah, but how about a little head before hand?” He asked coyly, running his hands over my wide, round hips.
“I don’t want to get there too late baby… Besides, there will be time later.” I said, realizing I was just forestalling the inevitable. Jack seemed disappointing, but he got the message so he sat back and took another drink.
“Okay fine. But dont you need to get dressed still?” He asked
“What do you mean?” I said, looking down at my modest outfit, though still braless.
“You were going to wear that dress we picked out. Remember, your ‘fuck me’ dress?”

Of course I had no idea what he was talking about but he also probably knew better than I did, so I played along.
“Oh right! Thanks for reminding me! I’ll go do that now.” I said, drunkenly swaying my big ass into my bedroom. I started going through the closet looking for what he meant, then I found what he must have been talking about. I pulled the hanger off the pole and on it hung a tiny, spandex looking red dress with nylons and jewelry. Attached was a note that said “put it on, you’ll know what to do- sis”. Breathing a sigh, I threw the hanger on the bed and got naked.

First I pulled my nylons on, stunned by how tight and conforming they were. I will admit that they made my fat thighs look good. Then I pulled the dress on me and stretched it tightly over my many dramatic curves. It was so small that it barely covered my ass and crotch, and the neckline was so low that I felt like half of my tits were hanging out. I thought I looked ridiculous as I looked at the mirror, which is when my body started moving on its own accord. I didn’t know why, but something was making me walk to the bathroom mirror. Once there I found my hands dig around my sisters makeup basket and start putting on layers of foundation and bright red lipstick and moody eyeshadow. I was doing it expertly, compelled by what must have been my sisters magic. Then I fixed my hair into a fashionable bun and I completed my outfit with some heavy pieces of jewelry and two red pumps.

As soon as I was in the shoes, I had control of my body again and was horrified to find myself done up like some plus sized club slut. The heels I wore made my big ass stick out even more than it did before, forcing me to push out my huge, nearly totally exposed knockers for balance. Walking carefully, not used to my tight dress or high heels, I sway and click back into the living room moving like the girl I was being forced to be. When I got into the room, Jack wolf whistled and I struck a pose for him. I hated this a lot but I was glad Jack liked the way I looked. It made me feel less self concious and like I was doing a good job being my sister. 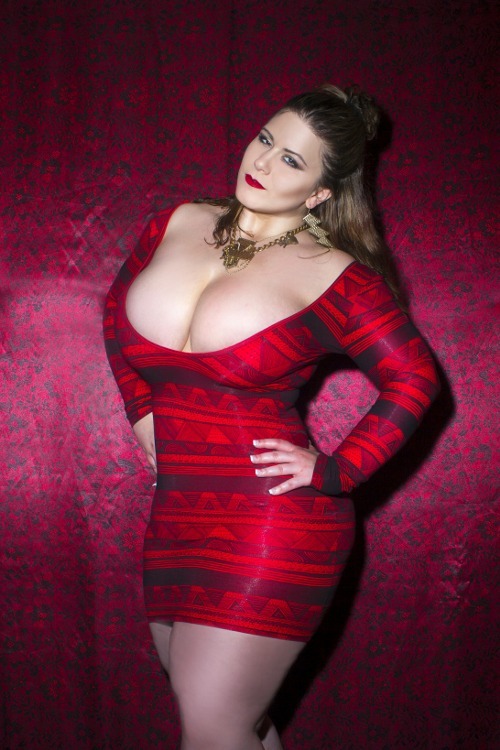