The plan was simple, possess Amy’s body for a week, steal money from her parents, go back to being John, and split the earnings with my pal James.

The first days were easy. I behaved as much as I could as a lady, and when my father went out to work, I would steal some of his money from his safe. Things started to complicate when Kyle, Amy’s bodyfriend, came back early from his trip. I had to make out with him not to raise any suspicion. One thing let to another, and we had sex. I never thought I would enjoy it so much as a girl. I felt a special connection to my… to Amy’s boyfriend. Then I started to realize my life as Amy was a million times better than my life as John. Plus, if I stay as Amy forever, I am already rich, I don’t need to steal any money.

I called James, and told him to keep the money we had already stolen, but that I had decided to stay as Amy. He declined the offer, threating me and asking for money. That’s when I realized what I had to do. I planted evidence at my home against James. When my father realized someone had robbed him, everything pointed to him. He was arrested. He blamed me, I pretended to not know what I was talking about.

That was 3 years ago. I am now married to Kyle, and I am living the perfect life. I just kept thinking about the future ahead of me while looking at myself in the mirror. I was wearing a white babydoll. My husband was calling me to bed, and I just couldn’t wait to get more of him. 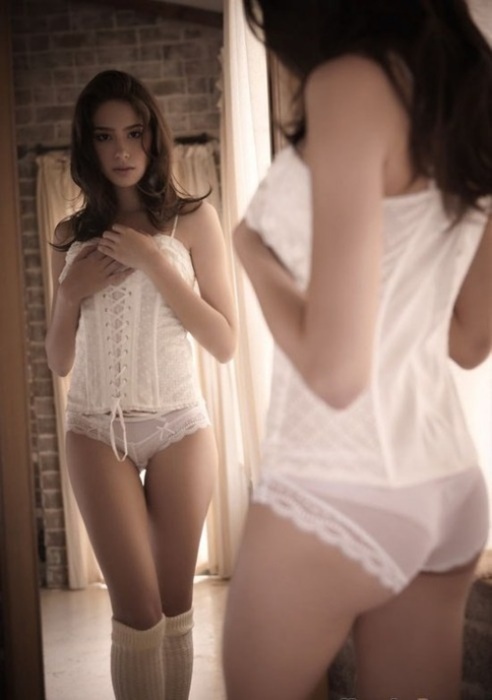